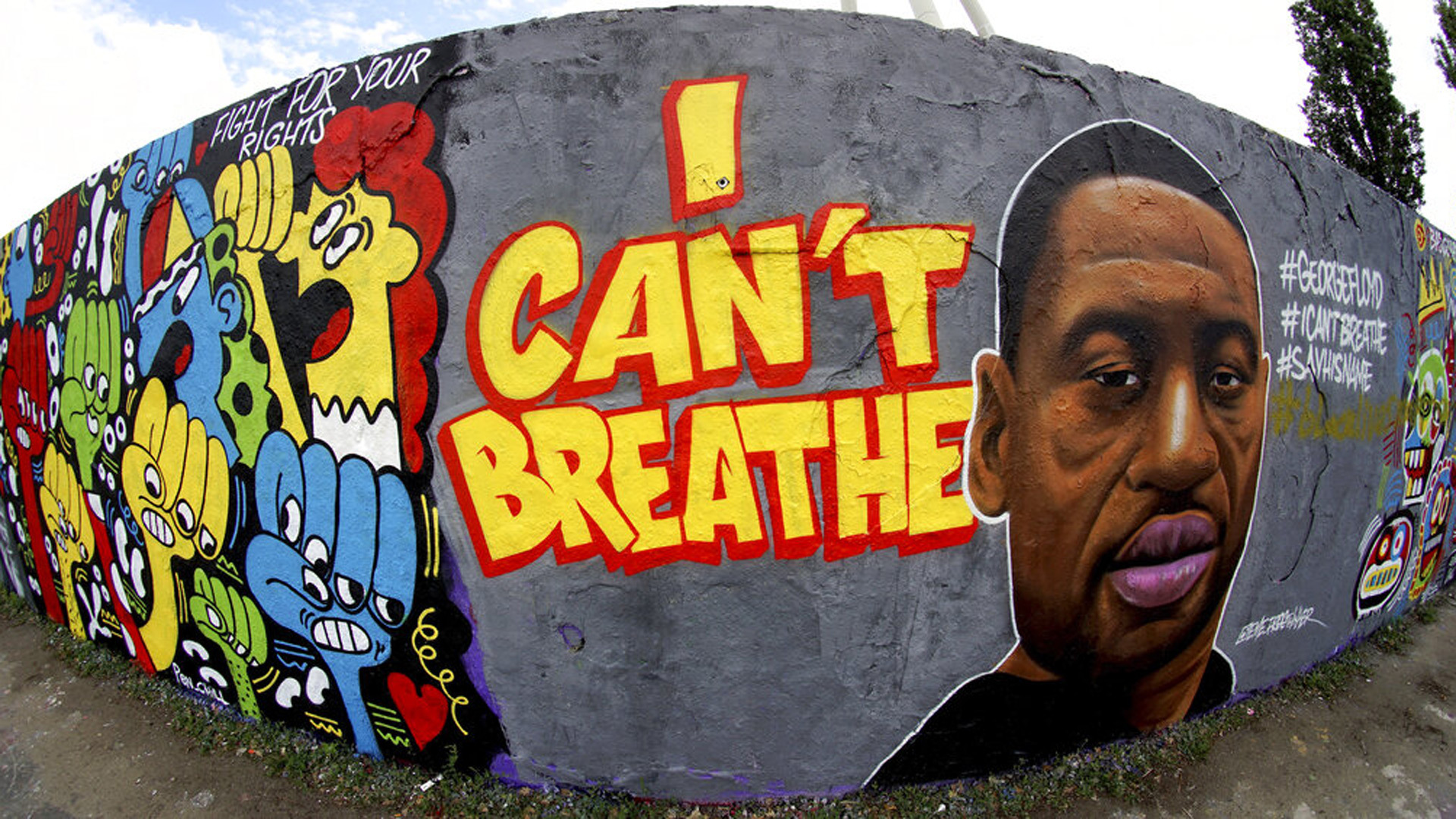 A graffiti by artist ‘EME Freethinker’ that expresses support of U.S. protests over the death of George Floyd, a black man who died in police custody, and others are pictured in the public park ‘Mauerpark’ in Berlin, Germany, Friday, June 5, 2020. (AP Photo/Michael Sohn)
Share:

By Minyvonne Burke and Gabe Gutierrez

The Minneapolis City Council voted for immediate reform in its police department, including the ban on police chokeholds and requiring officers to intervene anytime they see unauthorized use of force.

The City Council held an emergency meeting on Friday and unanimously passed the new rules. The agreement still needs to be approved by a judge.

“George Floyd’s service yesterday underscored that justice for George requires more than accountability for the man who killed him — it requires accountability from elected leadership to deep, structural reforms,” Minneapolis Mayor Jacob Frey said in a press release following the vote.

Floyd, a black man died on May 25 in Minneapolis police custodyafter officer Derek Chauvin, who was later fired, held his knee on Floyd’s neck for more than eight minutes.

Chauvin was arrested and faces charges of second-degree murder and manslaughter. Three other officers involved in Floyd’s detainment were fired and later charged with aiding and abetting murder, according to criminal complaints filed by the state of Minnesota.

An NBC News analysis of police records found that since the beginning of 2015, officers from the Minneapolis Police Department have rendered people unconscious with neck restraints 44 times. Several police experts said that number appears to be unusually high.

The Minnesota Department of Human Rights ordered a sweeping civil rights investigation into the death this week.

Frey, who signed a temporary restraining order with the state, said the new rules would help bring accountability.

“This unprecedented energy and momentum for police reform has left Minneapolis poised not just to address our shortcomings, but to become a model for shifting police culture and uprooting systemic racism,” he said.

Council President Lisa Bender told NBC News earlier Friday, “The world is watching Minneapolis. And we are ready to rise to this tragedy of George Floyd’s murder.”

The changes announced Friday say that officers should intervene when they observe another officer’s use of unauthorized force and to report any such behavior. The Minneapolis police chief also has to approve the use of crowd control weapons including tear gas, and the police department must make disciplinary decisions in a timely manner.