‘A wake-up call for the nation’: Biden addresses the killing of George Floyd 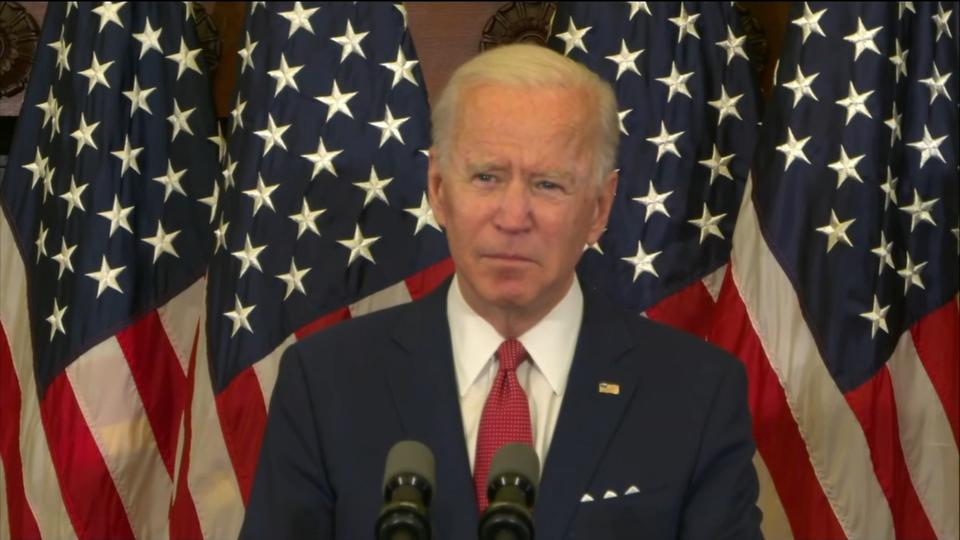 Joe Biden has addressed the killing of George Floyd and the protests that his death has sparked. During a speech in Philadelphia, the Democratic presidential candidate said Floyd’s last words, ‘I can’t breathe’, were a ‘wake-up call for our nation’. Biden also sought to draw a clear distinction between himself and Donald Trump, saying the US president was ‘part of the problem’

Biden pledged to work to “reverse the systemic racism” if he is elected president, specifically mentioning legislation to outlaw police chokeholds.

The presumptive Democratic presidential nominee sought to draw a clear contrast between himself and Trump.

However, the former vice president made clear that the country’s problems woud not end solely by defeating Trump.

He went on to say, “Look, the presidency is a big job. Nobody will get everything right. And I won’t either.

“But I promise you this. I won’t traffic in fear and division. I won’t fan the flames of hate. I will seek to heal the racial wounds that have long plagued this country – not use them for political gain.”

Biden criticized Trump for staging a photo op at St John’s Church moments after peaceful protesters were tear-gassed near the White House.

“The president held up the Bible,” Biden said. “I just wish he’d open it once in awhile.”

The presumptive Democratic presidential nominee continued, “In addition to the Bible, the president may want to open up the U.S. Constitution once in a while. He’d find a thing called the First Amendment.”