Prepare for the worst, Iranians warned as virus kills 81 in one day 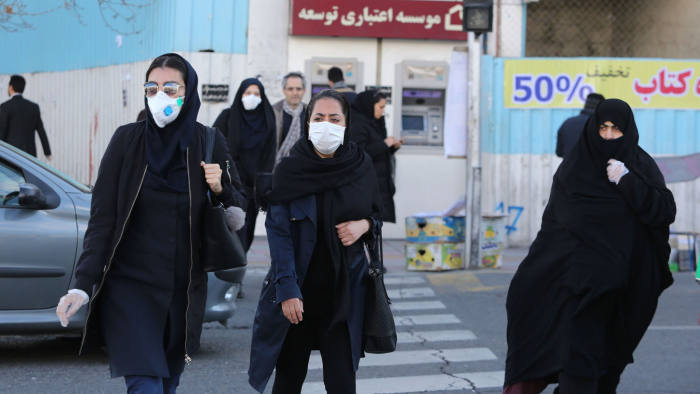 Iranians were warned on Monday to expect a second and more lethal wave of the coronavirus after the regime reported nearly 3,000 new cases and 81 deaths in a single day.

“The outbreak is not over yet and at any moment it may come back stronger than before,” Health Minister Saeed Namaki said.

“If our people fail to respect the health protocols … we must prepare ourselves for the worst situation.”

Analysts both inside and outside the country have voiced skepticism about the official figures, and say the real toll is much higher.

Iran was slow to react to the original outbreak, and is now one of the worst-hit countries in the region. Clerics encouraged pilgrims to visit shrines in Qom and Mashad even when it was clear that they were hotbeds of the coronavirus, as a result of which it spread to Lebanon and Iraq.

Authorities began easing restrictions on movement in April after a drop in deaths, but there was a surge in infections in May and authorities had to reimpose restrictions in the southern provinces of Khuzestan and Baluchistan.

Nevertheless, government employees went back to work and mosques resumed daily prayers on Saturday as part of the relaxation of the lockdown.

Health officials have repeatedly raised the alarm for Khuzestan province on Iran’s southwestern border with Iraq. It remains “red,” the highest level on Iran’s color-coded risk scale, and is the only province where the regime has reimposed a lockdown.

“We pleaded with the people to not hold weddings or funerals but they did not listen,” Namaki said. “If this continues, deaths can reach three digits again.

The Health Ministry said there were 1,881 new cases of the disease on Monday, bringing the total to 87,142, of which 22,311 are active cases. The ministry said 1,864 patients had recently recovered from COVID-19, taking the total number of recoveries in the Kingdom to 64,306. Saudi Arabia has so far conducted 838,623 tests for the virus.

Worldwide, the virus has infected more than 6.3 million people and killed nearly 375,000.