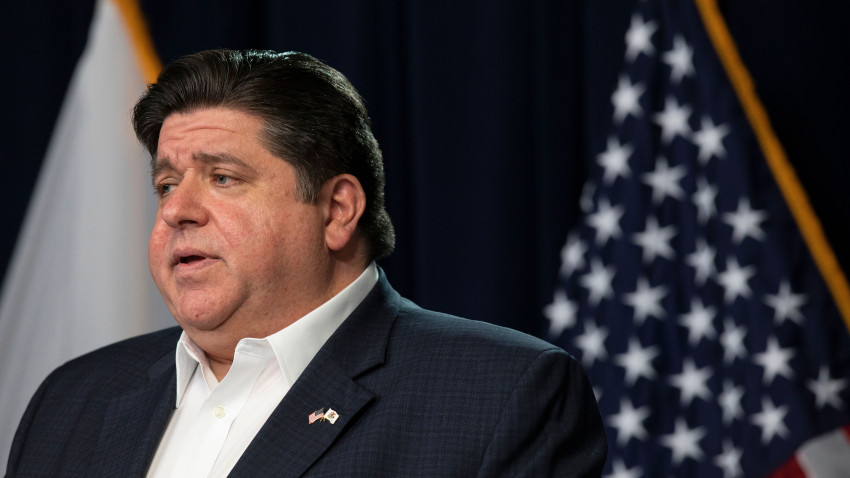 On Friday, several other prominent Democrats including Chicago Mayor Lori Lightfoot accused the president of inciting violence by protesters demonstrating over the death of Floyd, a handcuffed black man who died in police custody in Minneapolis after pleading that he could not breathe.

Lightfoot stated that her message to the president “begins with F” and “ends with you.”

The president tweeted Friday that he wouldn’t let “THUGS” dishonor the memory of Floyd and that “when the looting starts, the shooting starts.”

I can’t stand back & watch this happen to a great American City, Minneapolis. A total lack of leadership. Either the very weak Radical Left Mayor, Jacob Frey, get his act together and bring the City under control, or I will send in the National Guard & get the job done right…..

Pritzker said at a news conference Friday that he was outraged by the president’s comments regarding Floyd’s death.

“His tweets, his reaction, his failure to address the racism in America is stoking the flames in subtle and not so subtle ways,” he said.

Pritzker added that so much needs to be accomplished in the United States, but first, the underlying racism that exists must be addressed.

“I cannot imagine the rage and the fear that must be felt by a black american watching what happened to George Floyd,” he said.

The police officer seen on video kneeling on the neck of Floyd was charged with third-degree murder and manslaughter Friday.

Derek Chauvin, who was one of four officers fired this week, was arrested after three days of often-violent protests that resulted in fires and looting across parts of Minneapolis. Chauvin faces up to 25 years in prison if convicted, according to Minnesota state law.