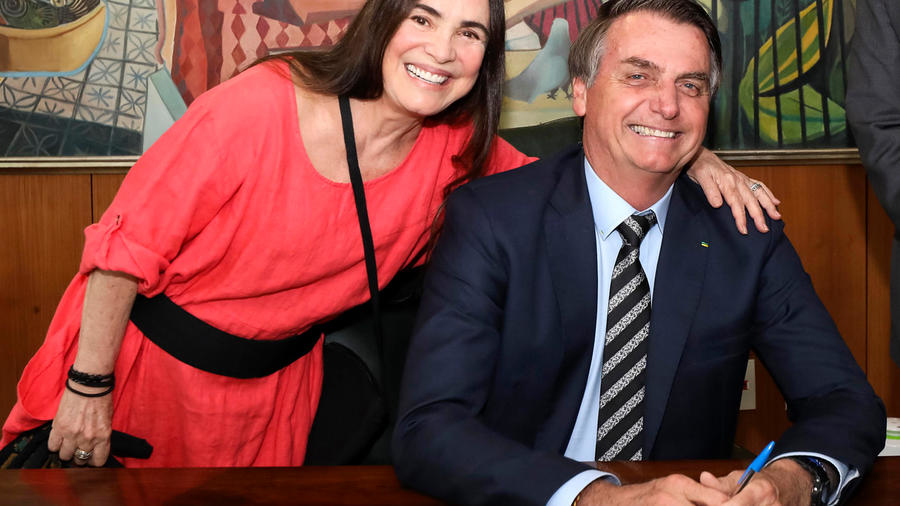 Actress Regina Duarte resigned from her post as Brazil’s culture secretary on Wednesday, becoming the fourth high-profile figure to leave far-right President Jair Bolsonaro‘s cabinet in just over a month.

Media reports said Duarte, known as “Brazil’s Sweetheart” for a lifetime of roles on famous telenovelas, had clashed with Bolsonaro over the president’s calls to root out supposed left-wing bias among her staff.

But the pair were all smiles as they announced her departure in a video posted on Twitter.

“Mr President, are you giving me the boot?” she asked him jokingly outside the presidential palace.

Duarte said she was leaving to take over Brazil’s national film archives in Sao Paulo and be closer to her family.

She is the fifth head of culture under Bolsonaro, who downgraded the portfolio from a ministry to a secretariat.

Her predecessor, theater director Roberto Alvim, was forced to resign in January after he paraphrased a speech by Nazi propaganda minister Joseph Goebbels.

Bolsonaro has lost a series of top cabinet members in recent weeks.

They include popular justice minister Sergio Moro, who quit after accusing Bolsonaro of “political interference” in federal police investigations, leading to a potentially explosive probe into whether the president obstructed justice.

Bolsonaro has also gone through two health ministers in less than a month in the middle of the coronavirus crisis.

The president, who downplays the virus as a “little flu” and warns stay-at-home measures will wreck the economy, reportedly clashed with both former health ministers over how to respond to the pandemic, which has now claimed nearly 18,000 lives in Brazil.