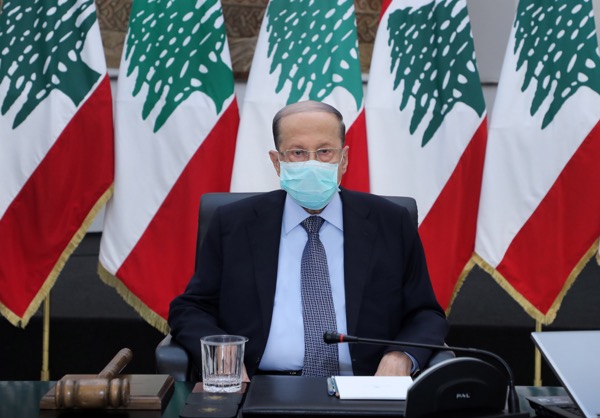 Lebanese President Michel Aoun said Wednesday that the Syrian war has cost Lebanon a total of 43 billion U.S. dollars, a statement by the Presidency reported.

Aoun explained that Lebanon’s hosting of a big number of Syrian refugees on its territories cost 25 billion U.S. dollars up till 2018 in addition to 18 billion U.S. dollars in losses due to the closure of borders between Lebanon and Syria and the halt of Lebanese exports to Arab countries through neighboring Syria.

Aoun’s remarks came during his meeting with the UN Special Coordinator for Lebanon Jan Kubis at Baabda Palace.

Aoun said that the international aid for Lebanon must take into account these heavy losses.