For Bangladeshis in Lebanon, the job market nearly wiped out 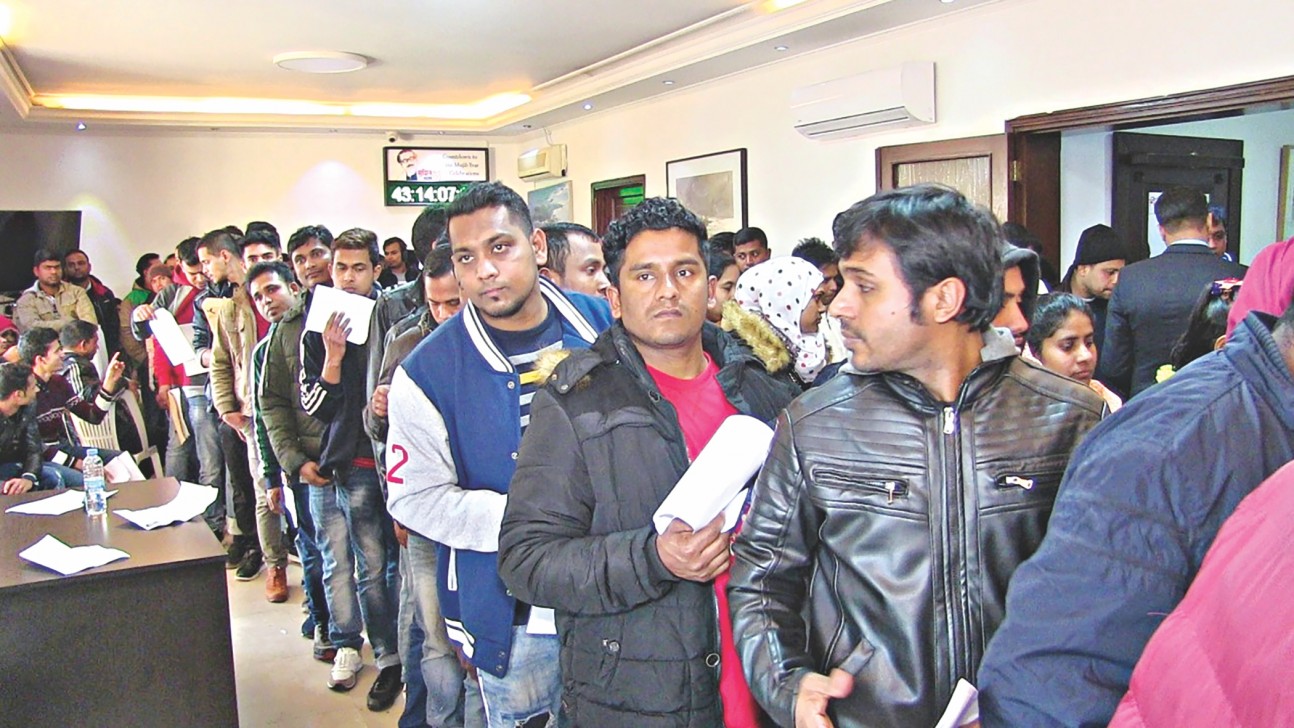 Bangladeshi expatriates wait in long queues at the Bangladesh embassy in Beirut to register their names to return home. They have been facing troubles for several months as the West Asian country is hit by a political and economic crisis. The photo was taken last week. Photo: Collected
Share:

Bangladesh is likely to lose its labour market almost entirely in Lebanon, which is home to some 160, 000 Bangladeshis, as the Middle Eastern country has been fraught with various economic and political adversities coupled by the coronavirus pandemic.

Bangladesh embassy in Beirut says some 20,000 Bangladeshis immediately want to return home and are awaiting flights for which the Bangladesh government has sought assistance from the International Organization for Migration (IOM).

Migrants living there estimate that around 70 to 80 percent of the Bangladeshis are on the lookout for an opportunity to return to Bangladesh as most of them have lost their jobs due to the economic havoc wrought by the enduring political turmoil and the deadly virus.

According to them, even the migrants who have jobs in essential sectors like cleaning are facing problems because of a sharp fall in the value of Lebanese Lira against the US dollar.

Moreover, prices of food and other essentials have increased by three to four times, and it has become close to impossible to survive and make some savings that can be remitted home, they say.

“We are receiving reports of clashes between migrants and companies over low wages. It’s because the employers are paying in Lebanese Lira, whose value has fallen drastically over the last few months,” said Abdullah Al Mamun, first secretary of Bangladesh embassy in Lebanon.

This is why it has become difficult for the migrants to manage their survival and send remittance home, said Mamun.

Rana Ahmed, a migrant in Lebanon, told The Daily Star that many of them had been subsisting on loans from relatives and friends back at home.

He also said the job market for Bangladeshi migrants have narrowed down as Syrian refugees could be hired at a much lower wage.

Some 1.5 million Syrian refugees are living in Lebanon.

Many of the migrants, especially some 40,000 undocumented Bangladeshis are facing the toughest time. Migrants are living in the congested rooms lessen their accommodation cost, Rana said.

Most of some 50,000 women domestic workers are undocumented and are facing a shortage of jobs as many Lebanese have left cities for their village homes following the economic setback.

Lebanon has been witnessing civil protests since September last year. The protest erupted against the government’s decision to increase taxes on gasoline, tobacco and VoIP calls.

The protest eventually turned into a countrywide revolt against the sectarian political system which is believed to be the cause of the country’s stagnant economy, unemployment, and corruption in the public sector, reports international media.

The International Monetary Fund said Lebanon would experience one of the worst recessions in the world this year as its economy might shrink by a staggering 12 percent.

Asked if the Lebanese economy has any chance to recover soon, Bangladesh First Secretary Mamun said it was unlikely given the political situation.

“Tourism is the largest earning source of Lebanon, but the country had been seeing fewer tourists for the last two years. The situation may remain the same this year due to the coronavirus pandemic,” he told The Daily Star on Thursday.

Asked about the repatriation of Bangladeshi migrants, Mamun said following the government requests, IOM was working to mobilise support from the donors.