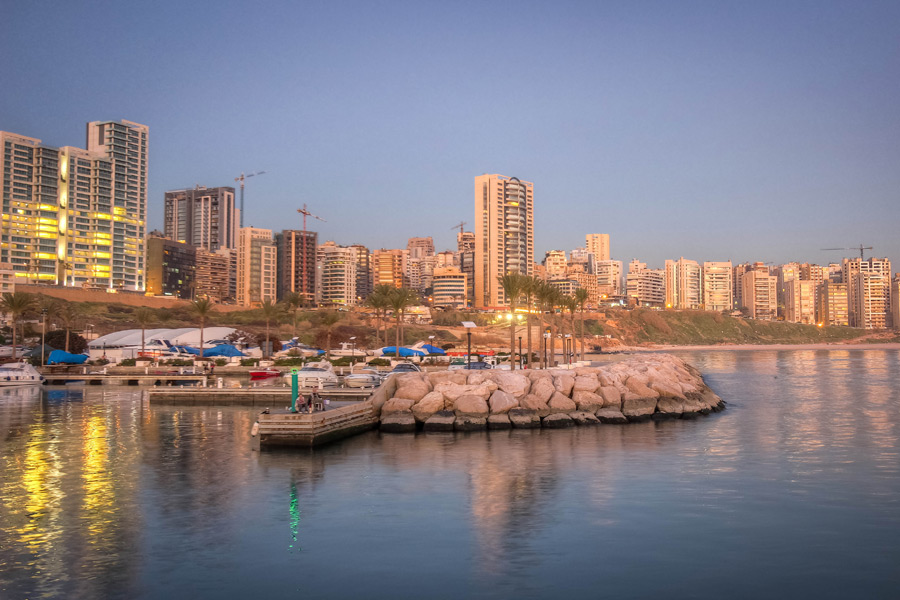 Once considered as the “Switzerland of the Middle East”, Beirut and all of Lebanon have gone through years of war and turbulence which caused destruction and sorrow. Despite bumps on the road, including sectarian clashes often plotted by rival foreign powers, Lebanon managed to develop a sense of Lebanese-ness, Libanité in French, which everyone knows is hard to achieve. But Lebanon is now a bunker for a pan-Shiite Revolution led by the mullahs from Tehran ﻿
Share:

As Lebanese protests continue, albeit with varying degrees of intensity, speculation over what has caused the current crisis is also rife.

The list of woes that afflict Lebanon is long.

There is a banking crisis caused by a Ponzi-like scheme introduced by the Central Bank three years ago to attract foreign money. Recent falls in oil prices have led to a sharp drop on remittances by Lebanese working in oil-rich countries but building their egg-nests back home. A bloated civil service, created by politicians trying to buy votes or curry favor with their respective sects by inventing unnecessary jobs is becoming too costly for an ailing economy. Corruption, the bane of many developing nations, has gone beyond the limits of an aberration to become almost a way of life.

Add to all that a prolonged political crisis caused by the way the sectarian system distributes power and one would have a perfect storm.

All in all, it is certain that a majority of Lebanese are unhappy about their current situation and worried about the future, the two key ingredients of a cocktail of grievances that incites a nation to revolt.

However, what if the real cause of the current zugzwang is somewhere else, somewhere beyond shabby economic management and Third World-style corruption?

What Lebanon is facing may be a redefinition of its existence as a nation-state. All nation-states are constructed in accordance with a paradigm that reflects the content of their essence, the shape of their existence and the vision of their future.

Lebanon is one of those states destined to reflect internal diversity and build a place in the international arena as a haven for peace, creativity, dialogue, exchange and compromise by rival outside powers.

It may be a cliché to suggest that Lebanon is meant to be a Middle Eastern Switzerland just as Uruguay is a haven of peace in South America, Singapore in Asia and Austria in Central Europe. Whenever Lebanon played that role it thrived. Whenever it diverged from that role, or was pushed out of it by foreign powers, it suffered.

In 1958, barely a decade after independence, Lebanon was classed by the International Monetary Fund (IMF) as the richest country in the Middle East and North Africa in terms of gross domestic product per head of population. In IMF’s first report on the region, Libya was classed as the poorest nation while Turkey came second after Lebanon and Iran was fifth after Egypt. More importantly, Lebanon played a leading cultural role in what was to be marketed as “the Arab World” from the 1960s onwards.

Despite bumps on the road, including sectarian clashes often plotted by rival foreign powers, Lebanon managed to develop a sense of Lebanese-ness, Libanité in French, which everyone knows is hard to achieve.

In that Libanité, Lebanon is a Mediterranean nation with a seafaring tradition going back 5,000 years. At the same time, it is one of the oldest chunks of the two Roman Empires, west and east, and one of the first regions to welcome Christianity. Last but not least, it added a layer of Islam and Arab-ness to its rich identity as part of the Umayyad, Mameluke and ultimately Ottoman empires. A brief stint under French mandate added yet another shade.

Call it an attempt at paradigm shift if you like but what we witness is an attempt at effacing that Libanité to replace it with a new identity in which Lebanon is a forward bunker for a pan-Shiite Revolution led by the mullahs from Tehran.

“Lebanon is the most advanced base of the Resistance Front,” says Ayatollah Mohsen Araki, head of the Office for Convergence of Islamic Communities in Tehran.

To Ayatollah Ali Yunesi, an adviser to President Hassan Rouhani, Beirut is one of four Arab capitals that “we now control.”

In his one and only press interview the late General, Qassem Soleimani, relates how he traveled to Lebanon whenever he and his armed companions liked without any visa and never felt a need to contact or inform anyone from the Lebanese government.

Lebanon was just part of the “emerging” empire that he was trying to build for Supreme Guide Ali Khamenei.

Today, Tehran believes it has succeeded to impose a paradigm shift on the way to creating a monochrome Lebanon to replace the rainbow of Libanité.

This was reflected in an interview granted to Tehran press by Haji Sadeqi, Khamenei’s Special Representative in the Revolutionary Guards.

In it, Sadeqi relates a trip he made to Beirut where he spent “a whole night” with Hassan Nasrallah during which the Hezbollah leader offered a detailed report on his plan to “wipe Israel off the map” or “terminate the Israeli banquet.”

Sadeqi was assured that the installation of a government fully backed by Hezbollah and answerable to it would mean “full readiness by Lebanon” to assume its responsibilities in the Resistance Front.

To be sure, it is possible that Nasrallah, a wily politician, may have thickened the sauce of his subservience to Tehran to make sure Iranian cash continues to flow into his pockets.

Yet, there is no doubt that Tehran feels it has achieved its objective for full control in Lebanon by installing Hassane Diab’s “consensus” Cabinet in which Hezbollah has the final word on key issues.

Khamenei’s belief that he is now the master of Lebanon’s destiny may be premature to say the least. Empire building isn’t that easy, especially when the would-be emperor appears naked in his own turf.

The new Lebanese government may repeat the experience of Harlequin in Goldoni’s “Servant of Two Masters”, trying to satisfy both and failing with both. Diab must solve Lebanon’s problems while serving the ayatollahs’ weird schemes for empire building.

Lebanon’s interests today do not coincide with those of Iran. Lebanon needs stability and peace to revive its economy by attracting foreign investment, reviving tourism and developing itself as a service-based hub for international trade and high-tech industries. In contrast, Iran, as a revisionist power seeking to reshape the Middle East if not the whole world, thrives on tension and conflict.

One master wants Lebanon to be a beach, the other sees it as a bunker. In real life, as opposed to theater, at some point Harlequin must choose.

Amir Taheri is the former executive editor-in-chief of the daily Kayhan in Iran from 1972 to 1979. He has worked at or written for innumerable publications, published eleven books, and has been a columnist for Asharq Al-Awsat since 1987