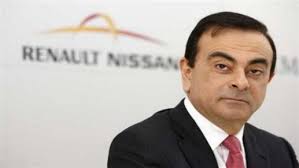 Prosecutors in Turkey have charged seven people in connection with ex-Nissan boss Carlos Ghosn’s escape from Japan in December.

Four pilots, two other flight attendants, and an airline executive are accused of helping him flee to Lebanon via Istanbul.

The pilots and executive are charged with “migrant smuggling” and the other crew with failing to report a crime.

Mr Ghosn fled Japan after claims of financial misconduct, which he denies.

The multi-millionaire former titan of the global car industry was arrested in November 2018 and spent months in prison and under house arrest.

He was monitored 24 hours a day and access to the internet was restricted. But on 29 December he fled to Beirut.

Turkish police detained the suspects on 2 January. A government official said at the time that Turkey was not notified about Mr Ghosn’s arrival, nor his departure from the country.

The Turkish airline company MNG Jet has said that two of its aircraft had been used illegally, and it filed a criminal complaint over the incident.

Full details of Mr Ghosn’s sensational escape have never been fully explained. The businessman, who also ran Renault and Nissan as part of a three-way car alliance, insisted he could never get a fair hearing in Japan.

He called the justice system in Japan “rigged” and said he was a “hostage” in the country where he was left with a choice between dying there or running.