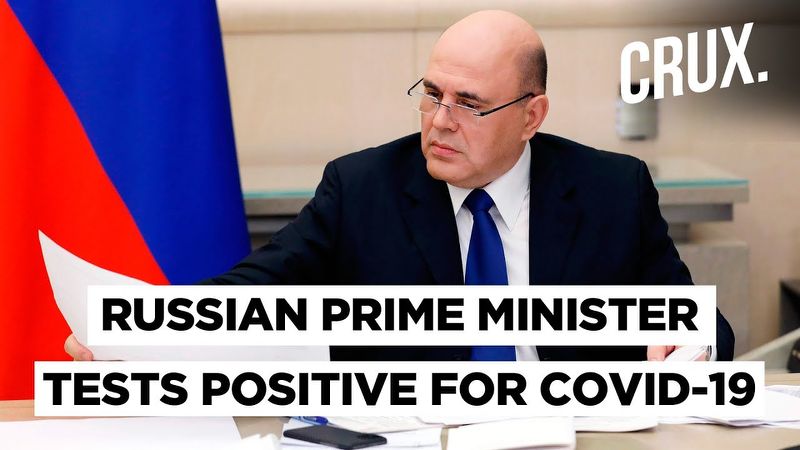 Russian Prime Minister Mikhail Mishustin announced that he tested positive for the novel coronavirus on a nationally televised videoconference call with Putin on April 30.
Share:

The Russian government reported 7,933 new cases Friday, the highest single-day confirmed case number thus far, bringing the case total to 114,431. There were also 96 new deaths reported Friday, which brought the number of deaths attributed to COVID-19 to 1,169, according to the Russian government coronavirus tracker. The country has also seen 13,220 total recoveries.

“We are now nearing a new, perhaps the most intense, stage in the fight against the pandemic,” Putin said in an address to Russians on April 28 after extending lockdown measures to May 11. The phased exit is set to begin the following day “depending on the epidemiological situation” in the country.Ads by scrollerads.com

Russian Prime Minister Mikhail Mishustin announced that he tested positive for the novel coronavirus on a nationally televised videoconference call with Putin on April 30.

“It has just now became known that the coronavirus test I gave came back positive. I have to observe self-isolation and follow orders of doctors. This is necessary to protect my colleagues,” Mishustin said to Putin during the televised call.

While he said he would remain in contact with government officials during quarantine, First Deputy Prime Minister Andrei Belousov was named the acting prime minister while the 54-year-old Mishustin recovers, according to the Kommersant, a Russian newspaper.

“What’s happening to you can happen to anyone, and I’ve always been saying this,” Putin told Mishustin on the call – adding, “You are a very active person. I would like to thank you for the work that has been done so far.”

Moscow has been the hardest hit city in Russia with 57,300 confirmed cases of the novel coronavirus and 658 deaths. The city has also seen 50,876 recoveries.

Moscow Mayor Sergei Sobyanin said he feels city residents are not taking the novel coronavirus pandemic seriously enough and that many people are violating the lockdown restrictions in place even while the city is not even hallway through the pandemic, according to a BBC report.

“If we see things are getting better, then of course we will reduce the restrictions. But until that happens, you need to be courageous and patient. It’s very important for you and your health,” Sobyann said.

The BBC also reports that Russian officials fear more people will subvert lockdown orders as the weather warms throughout the country.