Jumblatt slams Aoun, accuses him of resuming his policy of elimination 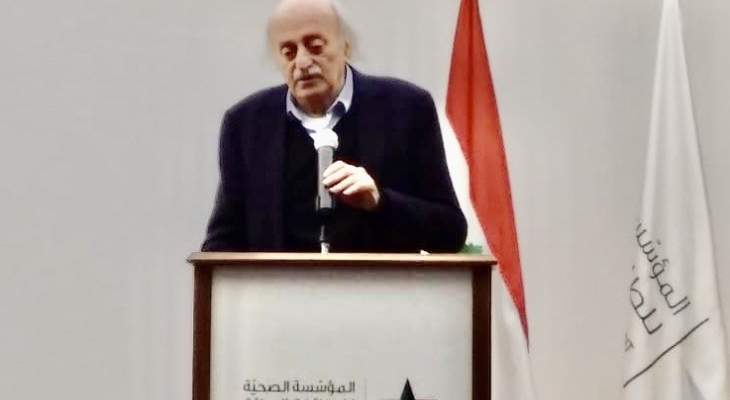 *Hassan Diab, the Lebanese Prime Minister, is nothing

*I am ready for trial, provided that everyone is subjected to the same law in Lebanon

*Lebanon has lost its sovereignty , does not control its borders, airport and ports anymore

Beirut Lebanon – Progressive Socialist Party leader Walid Jumblatt blasted Lebanese president Michel Aoun, accusing him of resuming his policy of elimination that he started in1988 . He also reminded Aoun that his party the Free Patriotic Movement was a militia too.

He criticized PM Hassan Diab for attacking the Central Bank Governor Riad Salameh , stressing that Salameh had nothing to do with the $60 billion wasted in subsidizing the electricity company .

He accused Hezbollah of pursuing a coup d’etat policy stressing that he will not allow Hezbollah or anyone else to eliminate him and will resist peacefully through democratic means . He pointed out that Lebanon has lost its sovereignty and does not control its borders, airport and ports anymore.

According to observers Hezbollah has taken control of Lebanon borders , its airport and ports ever since Aoun became the president of the country as a result of which Lebanon loses at least $2 billion a year in import duty revenue

He accused Hezbollah of preventing the success of the Revolution that started last October and also accused the party and its ally the free patriotic Movement of controlling the government . He said Diab is nothing .

Jumblatt said he rejects corruption charges by corrupt people and he is ready for trial provided that everyone is subjected to the same laws.

He also reminded the party whose founder is General Aoun that