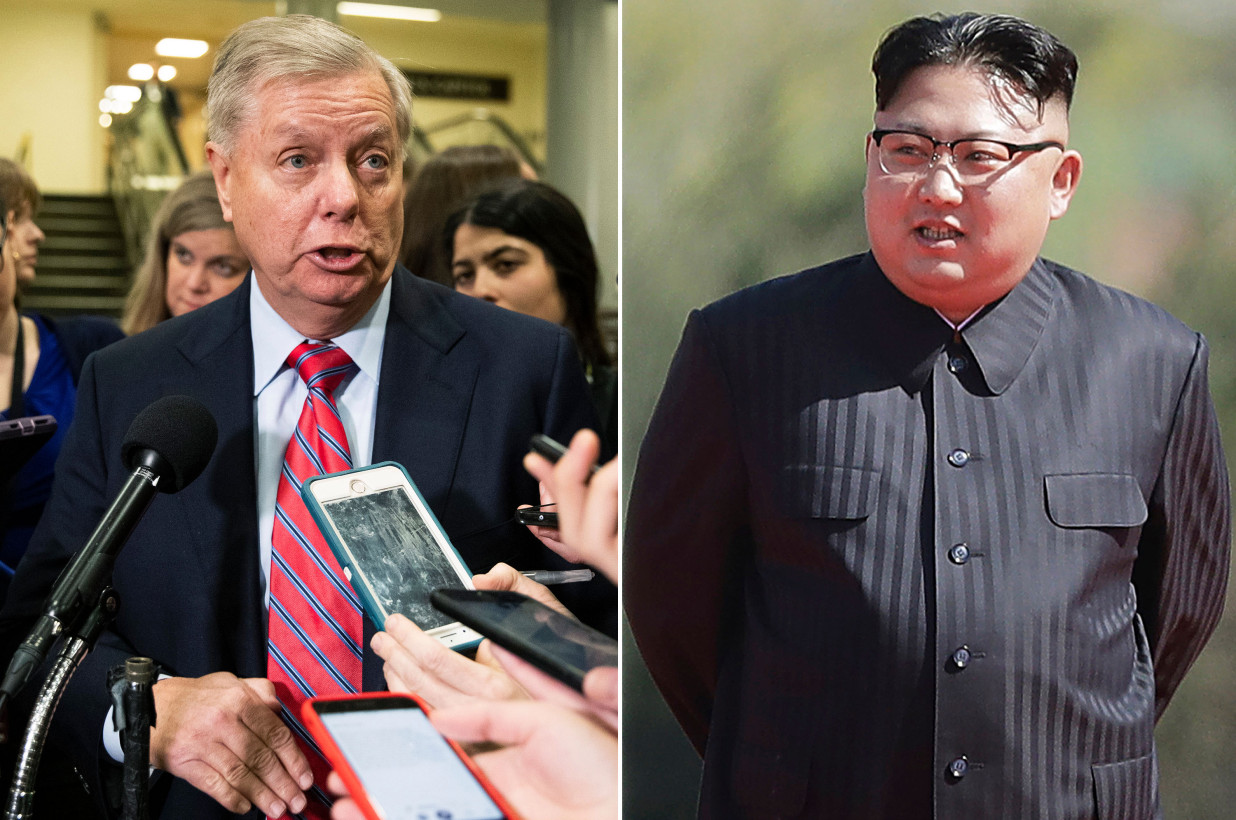 Sen. Lindsey Graham says he would be “shocked” if North Korea’s Kim Jong Un wasn’t dead given the country’s silence amid growing speculation about his demise.

“It’s a closed society. I haven’t heard anything directly, but I’ll be shocked if he’s not dead or in some incapacitated state because you don’t let rumors like this go forever or go unanswered in a closed society which is really a cult, not a country, called North Korea,” Graham told Fox News hostJeanine Pirro Saturday on “Justice with Judge Jeanine.”

The South Carolina senator, who is a member of the Foreign Relations Committee, added that he hopes “the long-suffering North Korean people will get some relief if he is dead.”

“President Trump is willing to do business with North Korea in a win-win fashion. So if this guy is dead, I hope the guy who takes over will work with President Trump to make North Korea a better place for everybody,” Graham said.

Kim is believed to have undergone a stent procedure earlier this month that has prompted rumors to swirl about his health.

A Hong Kong broadcast network reported Saturday that Kim died, citing a “very solid source,” while a Japanese magazine claimed late Friday that he is in “a vegetative state.”

The portly dictator hasn’t missed the event since assuming power after his father Kim Jong Il’s death in late 2011.