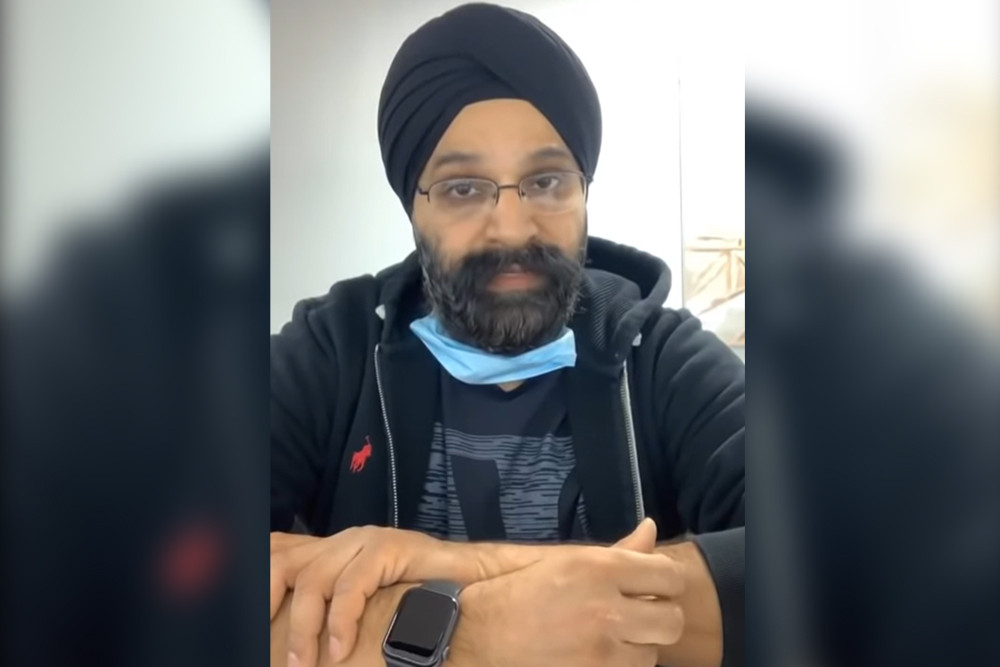 A New York sneaker salesman who allegedly hoarded personal protective equipment and sold it at huge markups has become the first person to face criminal charges under the Defense Production Act during the COVID-19 pandemic.

Prosecutors from the US Attorney’s Office in Brooklyn say that Amardeep Singh, 45, stockpiled tons of respirators, surgical gowns, hand sanitizer and other PPE at a Long Island warehouse and sold it online through various websites and Nassau County storefronts at “unconscionably excessive prices,” court papers state.

Singh also stockpiled 14 shipments of surgical gowns weighing in at 2.2 tons and 1.6 tons of disposable face masks, court papers state, and digital thermometers he purchased at $35.50 a piece and resold at more than twice his price.

The feds say that Singh made several bulk sales of the price-gouged goods to do-gooder organizations that help senior citizens and children — such as selling 2,000 three-ply disposable face masks that he scored at 7 cents a pop and selling them to the New York Foundation for Senior Citizens for $1 each.

“As charged in the complaint, Singh’s amassing of critical personal protective equipment during a public health crisis and reselling at huge markups places him squarely in the cross-hairs of law enforcement armed with the Defense Production Act,” US Attorney Richard Donoghue said in a news release.

If convicted under the DPA, which is a misdemeanor charge, Singh faces up to one year in prison. He will self-surrender to authorities next week, the US Attorney’s Office said.

The DPA has been on the books since 1950, at the start of the Korean War. The law has rarely been invoked in the years since and was put into effect on March 18 in response to the COVID-19 outbreak by presidential executive order.

Bradley Gerstman, Singh’s attorney, said that the feds have seized Singh’s stockpile but said that his client has “done nothing wrong” and has even donated PPE to fire stations and other groups.

He said that the DPA is vaguely worded as to what is considered “hoarding” and said it is “outrageous” that Singh is being criminally charged for selling PPE.

“My client absolutely denies hoarding material and price gouging,” Gerstman said. “The US Attorney has put together a document that is merely fiction.”