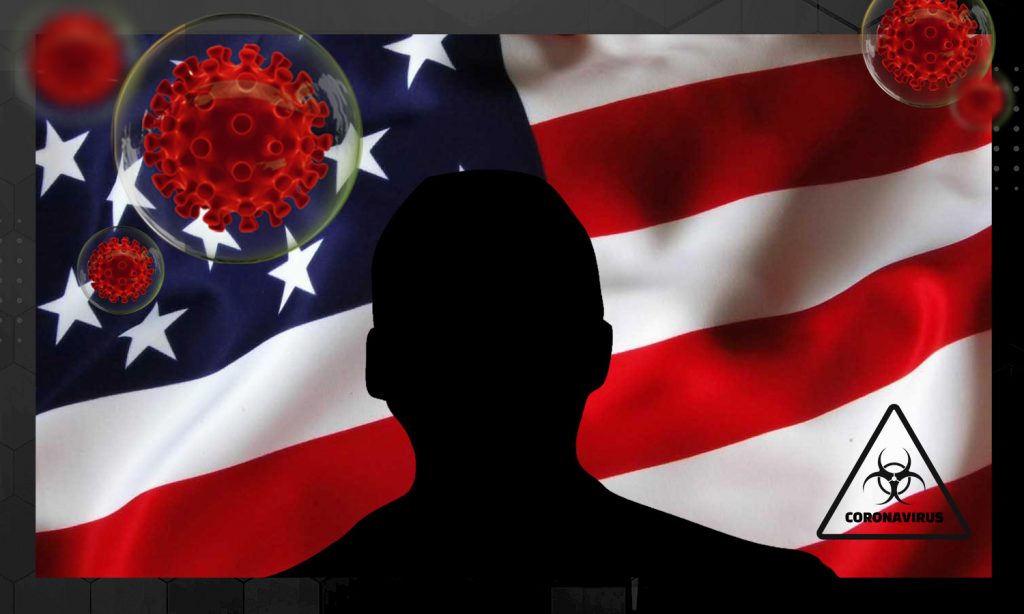 As both governors and American workers across the U.S. debate over whether to reopen businesses, health officials continue to caution against lifting lockdown measures too quickly. The director of the CDC has warned of a possible second wave of infections that would likely coincide with the seasonal flu, putting an “unimaginable strain” on the nation’s health care system.

On Capitol Hill, the House passed a $500 billion virus aid bill to help struggling small businesses and hospitals. The bill will then go to the White House for President Donald Trump’s approval.

Meanwhile, the U.S. death toll reached nearly 50,000 — the highest in the world — with about 880,000 confirmed cases, according to a tally kept by Johns Hopkins University. The true figures are believed to be much higher, in part because of limited testing and difficulties in counting the dead.

Here are the latest developments in the coronavirus crisis in the U.S.:

After a Homeland Security official mentioned the ability of disinfectants like bleach to kill the coronavirus on surfaces, Trump remarked on the effectiveness.

“And then I see the disinfectant where it knocks it out in a minute. One minute. And is there a way we can do something like that, by injection inside or almost a cleaning?” Trump said during his daily press briefing at the White House. “Because you see it gets on the lungs, and it does a tremendous number on the lungs. So it’d be interesting to check that. So that you’re going to have to use medical doctors, but it sounds — it sounds interesting to me.”

Disinfectants like bleach are poisonous and dangerous when mishandled, doctors say.

Cuomo: McConnell Floating State Bankruptcy is “one of the dumbest ideas of all time”

New York Gov. Andrew Cuomo called Senate Majority Leader Mitch McConnell’s suggestion that states should consider bankruptcy instead of receiving financial assistance from the federal government “one of the dumbest ideas of all time” and denounced the senator’s office for distributing a document on the issue titled “Stopping Blue State Bailouts.”

“How ugly a thought. Just think of what he’s saying, ‘15,000 people died in New York, but they were Democrats so why should we help them,'” Cuomo said Thursday at a daily news briefing. “If there’s ever a time for humanity and decency and a time to stop your obsessive political bias and anger, now is the time.”

McConnell, R-Ky., floated the idea on conservative radio host Hugh Hewitt’s syndicated show Wednesday. The Republican was discussing his concerns about sending additional aid to local and state governments to cope with reduced revenue because of the pandemic. Many of the virus-stricken states facing budget shortfalls are largely Democratic.

Cuomo has pleaded for a federal bailout for weeks and has said New York will lose anywhere between $10 billion to $15 billion in revenues during the pandemic, with businesses shuttered and hundreds of thousands of residents forced to file jobless claims. The governor said the money is to help fund police and fire departments, and schools.

He said if hard-hit states like New York, California and Illinois were to go bankrupt, “you will see a collapse of this national economy.”

Cuomo also noted that New York contributes more to the federal coffers than it takes out, whereas Kentucky takes out more than it puts in.

“When it comes to fairness, your state is living on the money we generate,” Cuomo said. “Sen. McConnell, whose state is getting bailed out here? Not my state.”

.@senatemajldr McConnell’s dismissive remark that States devastated by Coronavirus should go bankrupt rather than get the federal assistance they need and deserve is shameful and indefensible. To say that it is “free money” to provide funds for…

More evidence is emerging that far more New Yorkers have had the coronavirus than the number confirmed by lab tests.

A state survey of around 3,000 people found that 13.9% had antibodies suggesting they had been exposed to the virus, Gov. Cuomo said.

Cuomo cautioned that the data was preliminary. The sample of people tested was small and people were recruited for the study at shopping centers and grocery stores, which meant they were healthy enough to be out in public.

Blood tests that check for antibodies, substances the immune system makes to fight the virus, are expected to allow health officials to better understand how many people had the virus with few or no symptoms.

But such tests need to be done with random sampling, ensuring that the people being tested are representative of the geographic, social, racial and other conditions. There are also questions about the accuracy of the blood tests being used. Scientists have found that some of them aren’t reliable enough, with too many false positives and false negatives.

And experts also say having antibodies is not necessarily proof someone is immune from the virus.

Still, Cuomo said knowing how many people have antibodies could potentially help set policy on when to reopen parts of the state. More than 263,000 people in the state have tested positive for the virus.