Lebanese protesters back on the streets, masked and in their cars 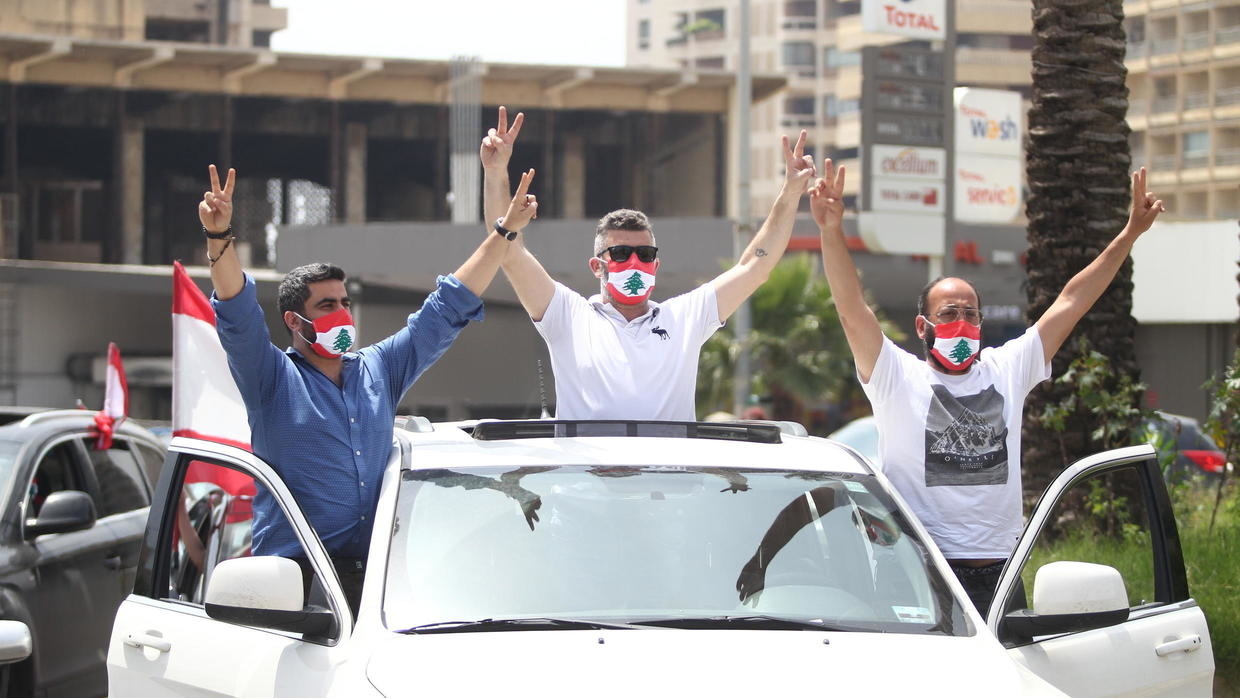 Hundreds of Lebanese demonstrators on Tuesday reclaimed streets emptied by the coronavirus-induced lockdown to revive a moribund protest movement but stayed in their cars to respect social distancing.

Joyous convoys of honking cars decked out with Lebanon’s cedar-emblazoned flag converged on Martyr’s Square, the epicentre of the protest movement born almost exactly half a year ago.

“It’s so good to be back, there’s no better feeling,” said Hassan Hussein Ali, a 22-year-old protester who came equipped with a loudspeaker and a protective mask.

“Corona has killed everything but it hasn’t stopped the corruption of our politicians, so it will not stop us either,” he said, standing outside Beirut’s landmark Mohammad al-Amin mosque.

The noisy procession of protesters leaning out of their cars, wearing colourful face masks, and in some cases visors and disposable gloves, drove across town and along the seafront.

The demonstration stopped near a venue where lawmakers were discussing several hot button issues, including a divisive general amnesty, the legalisation of cannabis and lifting of immunity for ministers and MPs suspected of graft.

Protest fatigue and a severe economic crisis that set Lebanon on course to default had already led the protest movement to peter out before confinement measures kicked in.

Observers predict however that crippling capital controls imposed by the banks and a defacto devaluation could spark a second wave of protests once the lockdown is lifted.

Protesters who turned out in their cars on Tuesday were keen to remind the newly-installed government that the street was still a force to be reckoned with.

Leaning out of her car in central Beirut before the convoy set off, 54-year-old Lina al-Adawi said she was there to protest ever-worsening living conditions.

“I came out because the state still hasn’t done anything so far. We haven’t seen any reforms,” she said, wearing a face mask and red headscarf.

“The coronavirus has made the economic and living situation even worse — unemployment, the spike in the exchange rate, poverty and hunger.”