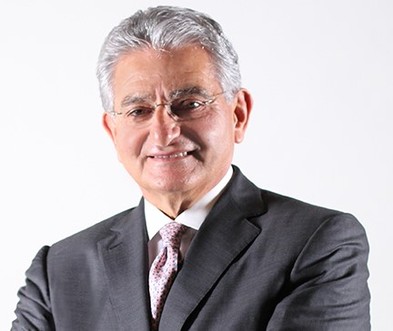 Chairman of the Association of Banks in Lebanon Salim Sfeir
Share:

BEIRUT – Lebanon’s draft plans for addressing its financial crisis puts the bulk of the cost on banks and sends the wrong message to investors the country badly needs, the banking association chief said, telling the government “keep your hands off the banks”.

Salim Sfeir’s comments, published in a newspaper on Tuesday, underline stiff opposition within the banking sector to the draft plan that surfaced earlier this month for steering Lebanon out of its financial and economic crisis.

One of the world’s most heavily indebted states, Lebanon last month declared it could not pay its foreign currency debt.

The draft plan to solve the crisis calls for a restructuring of commercial banks, projecting $83 billion of losses in the banking sector, and calls for “a transitory exceptional contribution from large depositors”, among other politically difficult steps.

“Placing the vast majority of the burden and cost on the banking sector raises questions about the government’s commitment to long-awaited public sector reforms, especially when it’s no secret that the root of all problems is corruption and bad governance,” Sfeir wrote in the Daily Star.

Lebanon’s currency has lost half its value since October as the financial crisis escalated and savers have been denied access to their hard currency savings.

The planned restructuring of commercial bank balance sheets includes a full bail-in of existing shareholders estimated at $20.8 billion in capital write-offs, with the remaining $62.4 billion covered by the exceptional contribution from large depositors.

Sfeir directed blame at successive governments which he said had squandered state resources and borrowed from the central bank, which was obligated to finance the state.

“By resorting to such borrowing, the government in effect confiscated depositors’ money in banks, and consequently created the current liquidity crisis.

“Instead of calling for restructuring of the banking sector, the government should focus on reforming the public sector and the balancing its budget,” he said. “Selling or mortgaging state assets are strategies that other governments around the world adopted in order to restore financial balance.”

Prime Minister Hassan Diab, who was appointed with backing from the powerful Shi’ite group Hezbollah and the Christian Free Patriotic Movement founded by President Michel Aoun, said last week that 98% of depositors will be left unscathed by the plan.