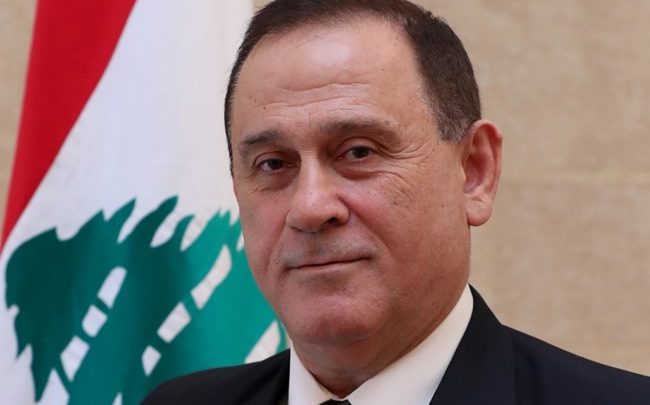 Industry Minister Imad Hoballah, who is close to Hezbollah, rejected on Sunday any haircut on bank depositors.

“In case we are forced to resort to such measure, we object measures affecting bank accounts because there are other options we could rely on to generate income,” he said.

Speaking during a television show, Hoballah said ministers are discussing the possibility of merging the financial draft plan with the economic plan and present it to the Lebanese people.

The Minister said the government should determine the reasons that have led the country to this dire economic stage and then try to solve them.

“Where did the (state’s) looted funds go?” he questioned, revealing that the majority of ministers agree that the plan should not affect the retirement money.

“Our main concern is to protect the Lebanese livelihoods,” he said.

Last week, Lebanon said it requires net external financing of $10 billion-$15 billion over the next five years to help it through its financial crisis, according to a draft government plan.

The plan raised fears among Lebanese bank depositors of the government imposing a haircut on their money.

“The government would not take any decision that affects the rights of the Lebanese people,” Hoballah said.

For his part, Foreign Minister Nassif Hitti said the government insists on offering a comprehensive reform plan, which mainly seeks to recover the looted funds and restructure the Lebanese economy.

“There is a structural crisis in Lebanon. We are studying several options to exit this crisis, including a possibility to seek the support of the IMF by negotiating specific conditions,” he said.

Meanwhile, the Lebanese Forces rejected the bank measures adopted in the draft reform plan and said its deputies would not vote on any laws that seek to affect bank deposits.

“We will only study laws that respect the Constitution and protect the people and their deposits. We will reject laws that seek to loot people’s money,” said LF deputy George Adwan, who heads the Administration and Justice parliamentary committee.

The same position was expressed by member of the Development and Liberation Parliamentary Bloc, MP Anwar El-Khalil, who referred to the government’s rescue plan as “theft”, saying that it violates the Lebanese Constitution, damages the constitutional identity of Lebanon, and alters its economic identity.

Khalil said that instead of working on facing challenges and recovering the looted funds, the government is dominating over the depositors’ money, and has not yet initiated any real reform to stop the wasted expenses, combat corruption, and recover the stolen money.