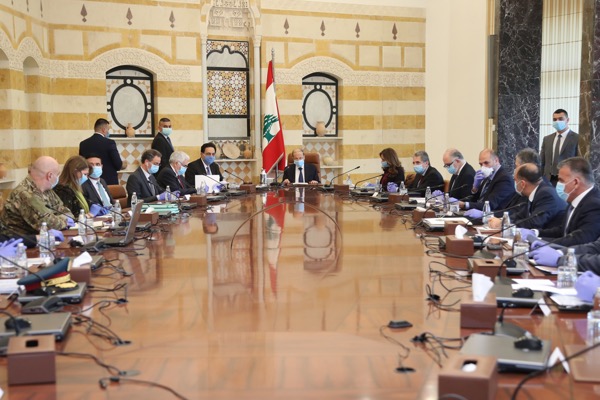 Lebanon Prime Minister Hassan Diab reassured the Lebanese on Thursday that “over 90% of bank deposits will not be touched in any financial measures that will be taken.”

As for when depositors can withdraw their money, Diab said Central Bank Governor Riad Salameh should be asked this question.

Diab was speaking during a Cabinet session at the Baabda Palace. He did not go into any details that back his assertion about the safety of the deposits , specially since there is a lot of talk about substantial haircuts .

“No mechanism was followed in the appointments and they occurred according to the decrees in force,” she added, noting that five ministers voiced objections over the absence of a mechanism. She did not name them .

Lebanon’s Parliament Speaker Nabih Berri this week said people’s bank deposits were “sacred” and must not be touched.

Berri called on Central bank chief Riad Salameh to confirm to the Lebanese people that their bank deposits are safe and will not be touched, but Salameh ignored the request and never responded. Salameh ‘s credibility has suffered greatly during the past six months since whatever he promised was never delivered according to financial observers