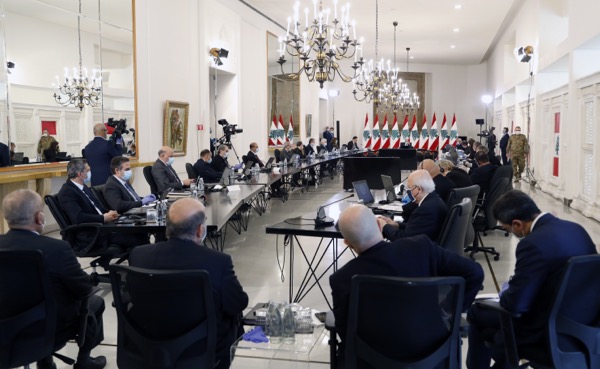 Meeting of the UN backed ISG group with the Lebanese cabinet headed by president Michel Aoun on April 6
Share:

Kubis explained that the appeal will cover several priorities such as supporting Lebanon’s health ministry in its response capacity facing COVID-19, strengthening interaction among different communities, supporting good hygiene practices and providing basic assistance to the most vulnerable groups.

Kubis also noted that Syrian refugees remain among the top priorities of the United Nations.

He noted that the UN Refugee Agency (UNHCR) and the UN Relief and Work Agency (UNRWA) are working on plans to secure isolation locations for refugees who have symptoms of COVID-19.

Lebanon has been fighting against COVID-19 since Feb. 21 with no cases registered among refugees so far.

However, Syrian refugees have complained on several occasions about the lack of proper measures taken inside crowded camps in Lebanon which raised their fears about the virus.