$20 trillion lawsuit against China! US group says coronavirus is bioweapon 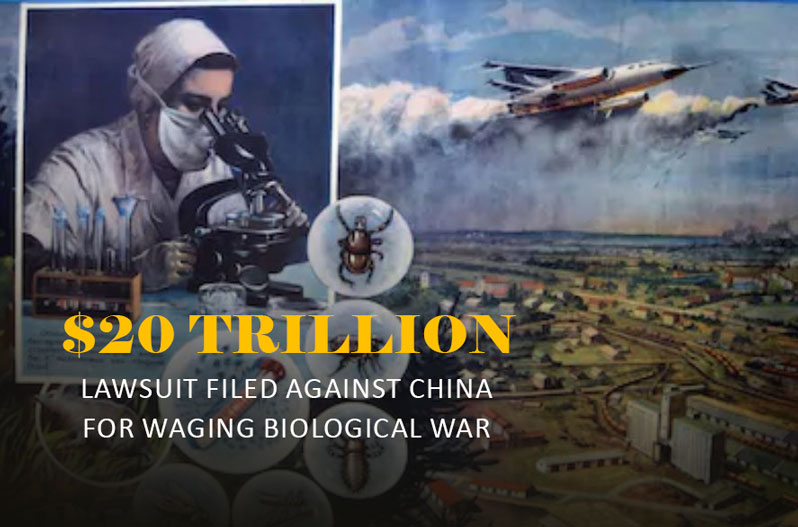 Coronavirus update: A $20 trillion lawsuit has been filed against Chinese authorities in the US over coronavirus outbreak. American lawyer Larry Klayman and his advocacy group Freedom Watch along with Texas company Buzz Photos have filed the lawsuit against the Chinese government, Chinese army, the Wuhan Institute of Virology, Director of Wuhan Institute of Virology Shi Zhengli and Chinese army’s Major General Chen Wei.

The plaintiffs have sought $20 trillion, which is a bigger amount than China’s GDP, claiming coronavirus is the result of a biological weapon prepared by the Chinese authorities.

They have accused China of aiding and abetting death, provision of material support to terrorists, conspiracy to cause injury and death of US citizens, negligence, wrongful death, and assault and battery.

They allege the virus had released from the Wuhan Virology Institute. The plaintiffs stated that the COVID-19 virus was  “designed” by China to kill mass populations. Biological weapons were outlawed in 1925 and hence such a biological weapon is a terrorist-related weapon of mass destruction, the lawsuit mentioned.

The American group cites multiple media reports that said that there was only one microbiology lab in China that handled advanced viruses like the novel coronavirus — in Wuhan. To cover up, the plaintiffs alleged, China linked statements on coronavirus with national security protocols.

Klayman and the plaintiffs also alleged that Chinese doctors and researchers who spoke out about coronavirus and “raised the alarm to the outside world internationally” have been “silenced”. They added that such was the desperation of Major General Chen to save herself from the virus that she injected herself and six members of her team with a potential vaccine that was yet to be tested.

They also alleged that all the defendants were working together to perpetuate “international terrorism”.

The lawsuit stated that while coronavirus is slow-acting and slow-spreading to be used against a country’s military, “it was designed to be used against the general population of one or more of China’s perceived enemy nations, such as the United States.”

The American plaintiffs also asked for a jury trial against the Chinese defendants.