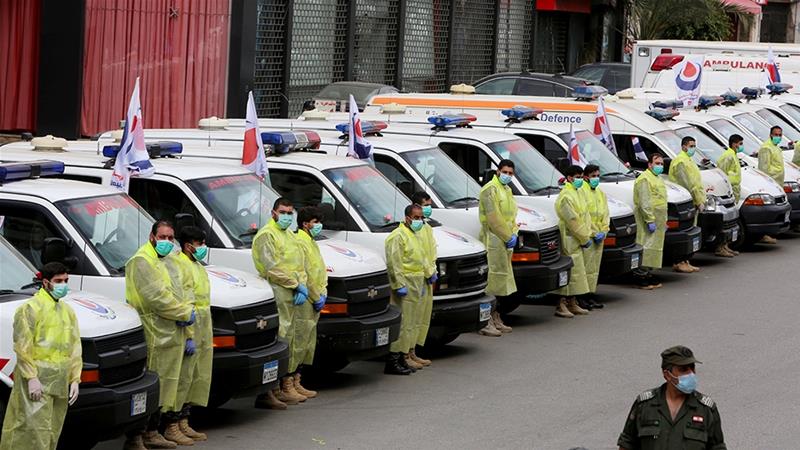 The Lebanese pound is now worth 47 percent less on parallel markets than it is at the official exchange rate.

The battered Lebanese pound has weakened even more during a coronavirus lockdown, with banks blocking access to already scarce dollars, forcing up their price on the parallel market, as well as the cost of imports the heavily indebted country relies on.

Since the government declared a medical emergency on March 15, Lebanon’s cash-strapped banks have limited their services to critical imports and paying out salaries in local currency while opening only a handful of branches.

The Lebanese currency has since tumbled about 15 percent, trading as low as 2,850 pounds to the dollar on Wednesday compared with about 2,500 before the shutdown, importers and currency dealers said.

That is about 47 percent weaker than the official peg of 1,507.5 pounds to the dollar, a rate now available only to importers of wheat, medicine and fuel.

“There’s less and less cash available in the market, and this is one of the reasons why the black market rate is increasing,” said Hani Bohsali, general manager of Bohsali Foods, a major food importer.

The parallel market has been the primary source of cash during the country’s dire financial crisis, which saw it default on its foreign-currency debt on March 23 and launch formal debt-restructuring talks days later.

The government had sought in recent weeks to crack down on foreign exchange bureaus selling above an agreed rate of 2,000 pounds per dollar, with some shut down and others turning away customers seeking higher rates, making dollars more elusive.

Banks have now halted withdrawals that had already been capped at as little as $100 a week. They introduced controls late last year when Lebanon was plunged into a crisis after foreign currency remittances slowed and protests erupted against the ruling elite.

While there has been no announcement on a move to stop dispensing dollars or on whether such measures were temporary, sources at four banks said that since the lockdown only freshly deposited dollars or those transferred in from abroad could be taken out.

The government has extended the coronavirus lockdown until April 12, shutting nearly all businesses and the airport while enforcing an overnight curfew. Lebanon has recorded 479 confirmed cases of COVID-19 and 12 deaths from the virus, according to Johns Hopkins University.

Depositors have been forced to withdraw their dollars from ATMs that convert them to Lebanese pounds at the official rate, slashing the value of their holdings and angering Lebanese already hit by sweeping job cuts and rising inflation.

Bankers have put reduced dollar circulation in recent weeks down to worldwide airport closures choking the flow of dollars typically brought in by travellers and cargo shipments of banknotes.

But that account was disputed by Michel Mecattaf, a shareholder in a Lebanese company that ships banknotes, who was quoted by local media as saying that cargo shipments for banknotes were continuing.