Spain’s coronavirus death toll tops 10,000, but “there’s light at the end of the tunnel” 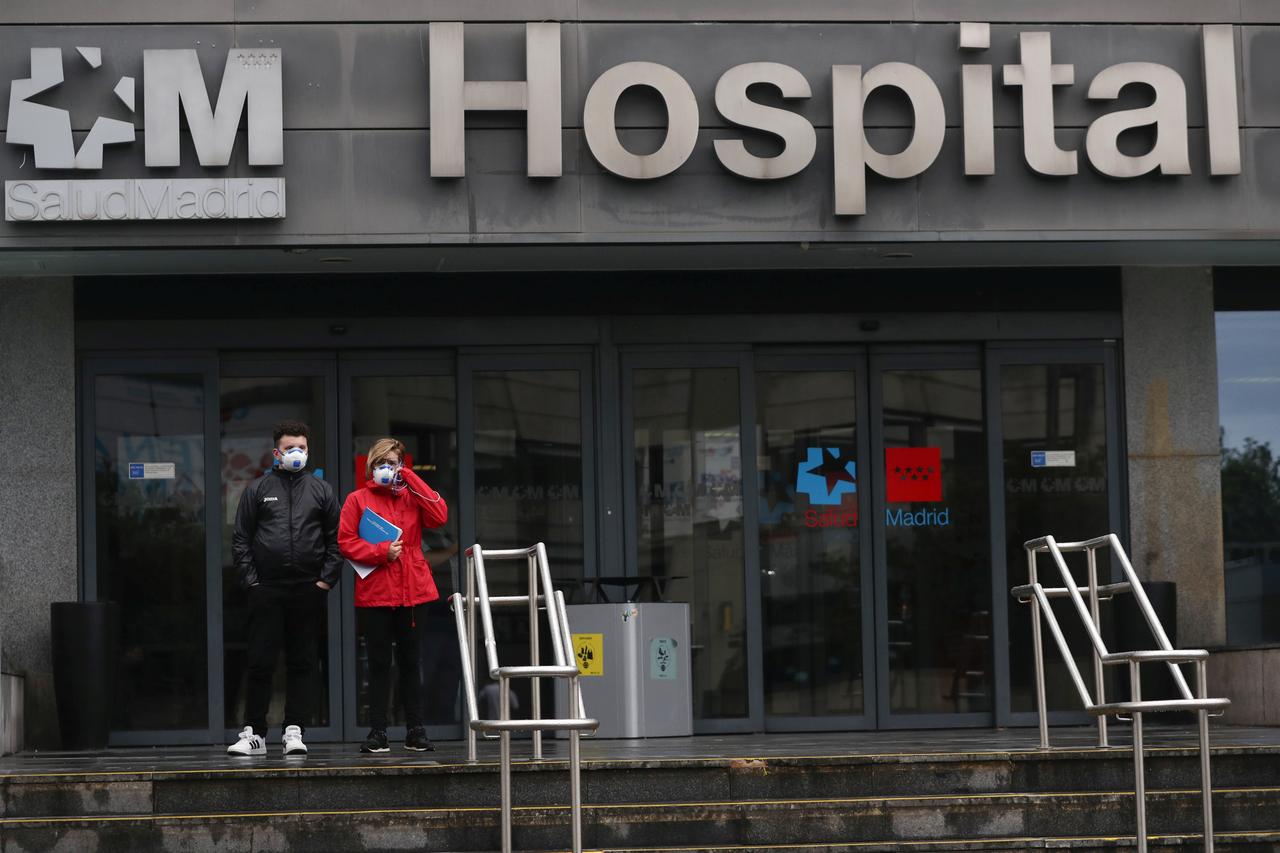 People wearing protective face masks walk outside a hospital during the partial lockdown as part of a 15-day state of emergency following the coronavirus disease outbreak in Madrid, Spain March 17, 2020. REUTERS/Susana Vera
Share:

Spain’s death toll from the coronavirus surpassed 10,000 on Thursday after a record 950 people died overnight, but health officials saw a glimmer of hope with the epidemic slowing in terms of proportional daily increases in infections and deaths.

The country’s total death toll from the coronavirus rose to 10,003 representing an increase of just over 10 percent, which was the same rate as the previous day. The number of known infections climbed to 110,238 from 102,136 on Wednesday, according to the country’s health ministry. Over 6,000 people were in intensive care, the data showed.

Despite the jump in daily toll figures, the daily increase in infections in percentage terms has been slowing gradually since March 25, when reported cases rose by just over 20 percent.

“A glimpse of hope: the curve has stabilised,” he said. “We have reached … the peak of the curve and we have started the slowdown phase.”

Spain has been in a lockdown since March 14, allowing residents to leave their homes only for essential trips. This week it tightened the measures, with only employees in key sectors permitted to travel to and from work.

The massive jump in fatalities came as Spain‘s Social Security Minister Jose Luis Escriva warned the country’s 2020 budget deficit would widen “significantly but temporarily” as a result of the measures taken to halt the spread of coronavirus.

Spain has recorded the world’s second-highest tally of deaths from COVID-19, after Italy.