Governments under fire as the world battles the Virus 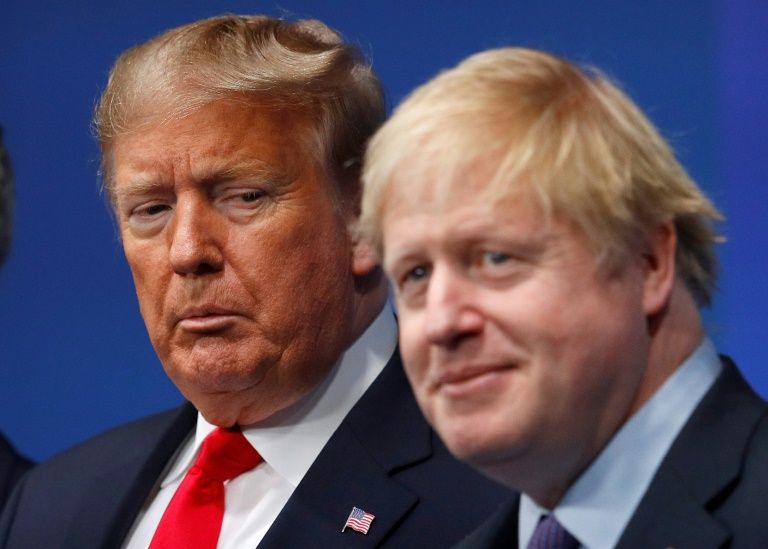 Donald Trump and Boris Johnson are two of the world leaders whose earlier comments on the pandemic may come back to haunt them (AFP Photo/PETER NICHOLLS)
Share:

As the world battles the coronavirus pandemic, the main question for most is simply: “When will it end?”. But other, troubling questions are starting to be asked of governments.

Why did Western governments not predict the risk of an epidemic in their territories after the novel coronavirus first emerged in China? Were sufficient preparations made to secure masks and test kits? Did lockdowns to slow the spread of the virus start too late?

Such questions have burning importance at a time when the world is at a political crossroads.

The United States in November is set to decide if Donald Trump gets another term as president, autocratic and semi-autocratic societies across the world are increasingly challenged, and the EU is seeking to prove its credibility post-Brexit.

Politicians around the world have made statements they may live to regret as they sought to reassure supporters in February and early March that the virus would have little impact on their countries.

Trump described concern over the coronavirus in late February as a “hoax” perpetrated by Democrats. British Premier Boris Johnson, who later tested positive for the virus, boasted in early March that he “shook hands with everyone” even at a hospital. Brazilian President Jair Bolsonaro downplayed the virus as a “little flu”.

Carine Milcent, Professor of Health Economics and Econometrics at the Paris School of Economics, said that in February and even in early March some experts doubted the pandemic would reach such magnitude.

“When public opinion is not convinced of the gravity and if scientists themselves were relatively divided, it is difficult for a political decision-maker to create consensus,” she told AFP.

“The figures announced by China at the start did not scare people and many asked why so many actions were being taken.”

In France, where the government imposed a lockdown on March 17 in a bid to get a grip on soaring cases and deaths, calls for national unity have been mixed with scathing criticism of the government, particularly over a shortage of face masks.

The head of the right-wing opposition Republicans in the Senate, Bruno Retailleau, described the government’s response as “chaotic”.

Several criminal complaints have been lodged against members of the French government, accusing them of endangering lives, even of manslaughter. Legal experts do not think they have much chance of succeeding.

Charles Kupchan, professor of international affairs at Georgetown University in Washington, said it would have helped Western leaders if China had been more forthcoming with information at the start of the outbreak late last year.

But “even so, democracies on both sides of the Atlantic were slow off the mark… Europe and the United States should have taken more urgent steps.

“They waited way too long when it came to procuring, allocating, and distributing medical equipment and to sharing best practices on testing and isolation.”

In Europe and America, there are clear signs of public anger.

“People we could have saved are dying, as they could not be admitted into intensive care,” said Sara Chinchilla, who works at a Madrid hospital.

“It’s a level of surveillance state that I don’t think any Western country is comfortable with,” said Jeremy Shapiro, research director at the European Council on Foreign Relations.

Much is also at stake in countries that have been dominated by a single ruler for decades, where the public will expect political stability to deliver some kind of sanctuary from the crisis.

The Turkish government under President Recep Tayyip Erdogan was boasting in early March that the country had not a single confirmed case. By now it has registered over 200 deaths.

President Vladimir Putin said on March 17 that the situation was “under control” in Russia but the increasing number of COVID-19 cases has since forced a lockdown in much of the country.

And an escalating crisis in Iran belies early statements by its leadership that the epidemic would soon end.

China, meanwhile is now offering help to Western countries after largely quelling the epidemic within its own borders, leaving a bitter taste for some who accuse Beijing of having withheld information at the start.

“It’s like if you shoot somebody and then offer them a discount on dressing the wound,” said Shapiro.