Coronavirus panic could be a crisis in itself 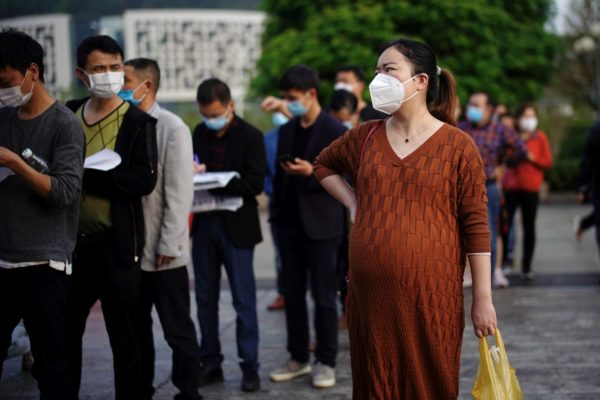 The frenzy outside a local butcher’s shop was electric, as sharp-elbowed women forced their way through the door, where dozens were already packed to the counter thrusting their purses, seeking the butcher’s attention. One pushed her way out of the shop in disgust, swearing there was ‘no bloody mince, they’ve sold out’.

The Germans have a word for it: torschlusspanik,which translates as ‘door-shut panic’—literally the panic to get through the door before it slams shut. It dates from the Middle Ages when peasants were fearful of being locked out in the unprotected wilds as the city gates closed at nightfall. If you don’t act now, you might not get the chance again.

It is also happening in the share market. Selling may seem rational; no one knows what will happen to the domestic and global economies beyond the certainty that corporate earnings will collapse.

Shares had hit record levels in February in anticipation of a healthy year of profit growth ahead. The S&P/ASX200 has dropped by around 40% since then, and any reasonable guess is putting the fall in profits over the year ahead far beyond that. But the same psychology is at work as investors seek to sell before it’s too late.

The closure of the ASX trading floors in 1990 means there’s no longer the palpable hysteria of the 1987 share crash (or the scene at the local butcher shop), but the lurches downwards in share markets show that the same herd behaviour is at work.

Economist Justin Wolfers at the University of Michigan explains the market for toilet paper rolls in terms of game theory. There are two states in which that market is balanced, or in equilibrium.

There’s the normal state, when everyone believes there will be enough toilet rolls. No one stockpiles, and their belief is confirmed with well-stacked supermarket shelves.

And then there are panicked times, when everyone fears shortages, which leads them to stockpile, which creates shortages. ‘You run to get toilet paper not because you think society is about to crumble, but because you fear that others fear this. Fear of a run on toilet paper—like a run on banks—is enough to create an actual run.’

Wolfers says the answer in a run on the banks is for the government to insure the bank by having the central bank act as lender of last resort so that the bank has enough cash on hand to meet all requests for withdrawals. Even if everyone else is running to the bank to withdraw their savings, you don’t have to beat them.

He, perhaps flippantly, suggests a government strategic reserve of toilet paper. The alternative, as practised now by Australian supermarkets, is rationing.

For share markets, however, there’s no public institution at the ready to assure investors that they won’t make even greater losses if they don’t sell out now. Globally, investors are pulling their money out of the share market and putting it into government bonds in the belief that governments—possessed of taxing powers—are much less likely to go broke than businesses.

The logic of market crashes was spelled out by the late US economist Charles Kindleberger, whose classic 1978 book, Manias, panics and crashes, argued that economies were inherently unstable and subject to periodic booms and busts. He argued there was usually a catalyst for a crash.

‘The specific signal that precipitates the crisis may be the failure of a bank or of a firm, the revelation of a swindle or defalcation by an investor who sought to escape distress by dishonest means, or a sharp fall in the price of a security or a commodity.’ This time, of course, it is a pandemic. He continues:

‘The rush is on—prices decline and bankruptcies increase. Liquidation sometimes is orderly but may degenerate into panic as the realization spreads that only a relatively few investors can sell while prices remain not far below their peak values.’

He argues the downturn is self-reinforcing. Asset prices decline, reducing the value of any collateral against which banks have lent, leading them to call in loans and to refuse to advance fresh ones. Households sell shares and firms postpone borrowing and investment, leading to further declines in the value of collateral until firms start failing.

The emergency economic packages being rolled out by governments around the world are intended to sever this vicious circle by encouraging banks to keep rolling over business debts and providing more funds as required. But no bank will lend to a business that is fundamentally insolvent. In a crisis, ‘bankers lend money only to those that do not need it’, Kindleberger comments.

If it were simply a matter of keeping businesses alive until the pandemic passes, one could expect economies to bounce back at the end of it all as the queues reform outside the coffee carts and the footie resumes. The worry is that zones of excessive indebtedness will be exposed and that what begins as a health crisis becomes a financial crisis.

David Uren is an honorary associate at the United States Studies Centre at the University of Sydney. Image: Brendon Thorne/Getty Images.