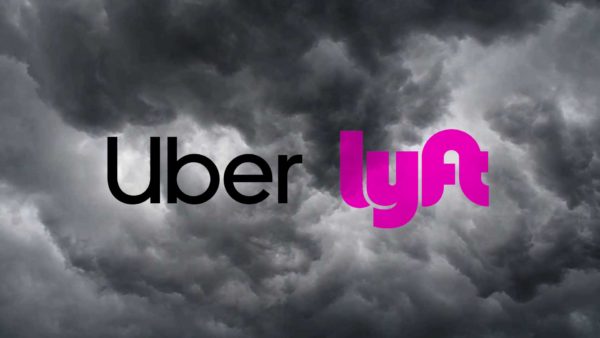 Two groups of Uber Technologies Inc. and Lyft Inc. drivers in Massachusetts are urging a federal court to immediately reclassify them as employees with paid sick leave to help fight the spread of the novel coronavirus.

Drivers and other gig-economy workers provide essential critical services and have been forced to keep working even if they’re experiencing significant coronavirus symptoms, because Uber and Lyft don’t consider them employees and don’t provide paid sick leave, according to motions for an emergency preliminary injunction filed Monday.

The drivers can’t afford to stop working for Uber and Lyft, and so are forced to “drive many passengers each day, including those who have been ordered to self-quarantine or who are coming from high-risk locations,” they argue.

The continued misclassification of drivers and refusal to provide paid sick leave clearly “poses an imminent, substantial risk of harm” to them and to the general public, the drivers say. There’s no question that “helping prevent the spread of a global pandemic” outweighs any potential costs to Uber and Lyft.

A federal judge ruled March 19 that Lyft drivers couldn’t obtain an injunction against the alleged misclassification under Massachusetts’ wage laws.

But the drivers now want Judge Indira Talwani to force Uber and Lyft to classify them as employees to comply with the Massachusetts Earned Sick Leave Law, which would allow drivers to stay home if they’re sick and avoid exposing themselves to riders who might be infected with the virus.

Massachusetts is one of 10 states and the District of Columbia that has some form of a paid sick leave law, according to a Bloomberg Law analysis, but not all of those have taken effect. Some other states offer leave for public health emergencies or school closures.

The government and health experts have insisted that anyone with symptoms should isolate at home to prevent spreading the virus, the drivers say. Massachusetts Gov. Charlie Baker (R) imposed a stay-at-home order that will go into effect today, and Massachusetts has reported 777 confirmed cases of Covid-19, the disease caused by the virus, and nine confirmed deaths.

“Attempts by opportunistic lawyers to capitalize on this national emergency are callous and insidious politics,” Lyft spokesperson CJ Macklin said in an email.

“Attempting to force TNCs to adopt an employment model in the midst of this crisis would result in the widespread elimination of work for hundreds of thousands and the immediate interruption of essential services for vulnerable populations. It will hurt drivers and at-risk communities at a time when they need our services most,” Macklin said.

Uber and Lyft drivers have joined many other gig workers in worker classification fights across the country, particularly after California’s Assembly Bill 5 took effect this year. A.B. 5 raised the bar for businesses to classify workers as contractors instead of employees, heightening tensions as gig-focused companies fight the legislation and other states look to it as an example for their own legislation.

The drivers also argue that their claims are likely to succeed on the merits, pointing to the preliminary injunction issued against Instacart‘s similar worker-classification practices by a California state court in February.

But the legal arguments made by the Massachusetts drivers are generally the same as they were before, said Michael Eastman, senior vice president of policy and assistant general counsel for the Center for Workplace Compliance.

“Perhaps people are more sensitive now to the challenges facing those who do not have access to paid leave, but I don’t think that changes the legal arguments,” he said. “It might change the policy arguments though.”

Eastman said the spread of Covid-19 could be an incentive to create benefits accessible for independent contractors, and a general agreement that it can be done, “aside from the thorny issue of who pays for it.”

The motions of the Uber and Lyft drivers were filed separately in the U.S. District Court for the District of Massachusetts.