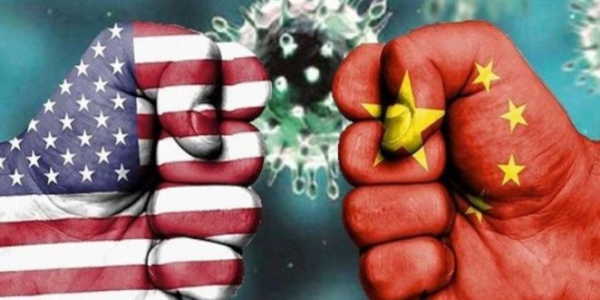 As emergency room doctors and nurses in the U.S. prepare for the coronavirus onslaught, their desperation is building: Face masks are in short supply, so many will go into this life-and-death battle unprotected. If ever there was a moment for America and China to pull together, it’s now.

China makes half of the world’s medical masks, and dominates production of ventilators and respirators. But instead of collaborating on the manufacture and distribution of emergency gear, Washington and Beijing are engaged in a blame-game about the source of the virus, while upping the ante in their tit-for-tat expulsions of journalists.

These actions may have calamitous consequences, and not just for the fight against a once-in-a-century virus. It also augurs poorly for global struggles against climate change and weapons proliferation, not to mention globalization itself.

In a hyper-connected world, there can be no global health security—or climate security, or economic security, or financial security—without the world’s two largest economies working closely together. Former U.S. President Jimmy Carter recognized as much when he established diplomatic relations with Beijing in 1979: Cooperation on medicine and public health were a cornerstone of the deal.

Likewise, the first exchanges of journalists symbolized the critical importance of mutual understanding between the people of these two countries. Now, at a moment of global peril, the two governments are throwing away the benefits of four decades of engagement.

A similarly unfortunate dynamic is playing out in the European Union, which was founded on the ideals of amity and reconciliation between former wartime enemies—virtues that found expression in free trade and open borders. Now, as barriers go up across the continent, Germany, France and other nations are blocking export of face masks. Solidarity has given way to self-interest. A desperate Italy, now the epicenter of the pandemic with more than 69,000 infected and 6,800 dead, has turned from its bickering EU partners to China for needed medical supplies.

Globalization operates on the basis of trust. Specialization of production across borders creates mutual dependencies: Companies and countries willingly make themselves vulnerable to disruption from lengthy supply chains because of the gains to efficiency and profits. Why waste money filling warehouses with inventory when global production is optimized for “just-in-time” delivery?

But as Henry Farrell and Abraham Newman write in Foreign Affairs, in the midst of a pandemic, “just-in-time can easily become too late.”

We’ve seen sudden supply chain disruptions before. Floods in Thailand in 2011, and the earthquake and follow-on tsunami that devastated Japan that year, knocked out critical parts of the global electronics manufacturing network. But the world has never experienced a breakdown on this scale before. Globalization as we’ve known it may never fully recover.

The problem with barriers, both physical and virtual, is that they are easy to erect and hard to demolish. That’s especially true in the context of the world’s most important bilateral relationship. Hardline ideologues in Beijing have long been suspicious of foreign journalists just as hawks in Washington have argued supply chains that start in China are a threat to national security.

Nothing illustrates the mutual distrust more than the lack of coordination between the U.S. and China on medical masks, and the way each country is pursuing its own coronavirus vaccine. Plainly, the U.S. and China should be working night-and-day together on a cure: they have the world’s largest pools of scientists and researchers, the biggest troves of data, the most advanced life sciences and biotech industries. Yet they are largely going it alone. So is Europe.

Where do we go from here? First, some perspective is in order. The current tensions between the U.S. and China cannot be compared (as some are doing) with the Cold War. At the height of that standoff, the Eisenhower administration repeatedly threatened China with war, both conventional and nuclear, while China sponsored insurgencies in developing countries all over the world.

The historical model they should be emulating is World War II, when the U.S. and China joined forces to defeat Japan. This is wartime once again. A few weeks ago, medical personnel in Wuhan were on the front lines. Now it’s the turn of hospital workers in San Francisco, Chicago and New York, as well as the population centers of Europe. We need a joint defense, and it has to come together in the next few days.