Coronavirus: A clear and present danger to Lebanon 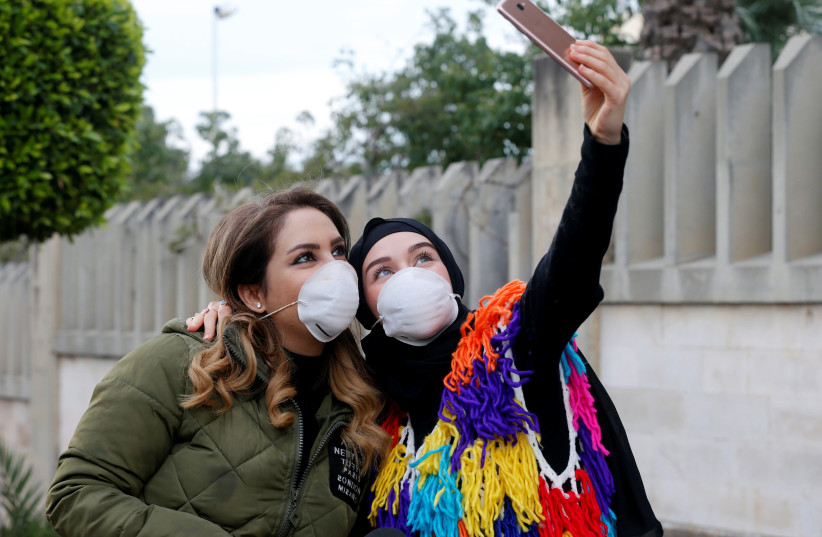 DUBAI: After months of political instability and civil protests in Lebanon — triggered in October by planned taxes on WhatsApp, gasoline and tobacco — the country is bracing itself for a battle against coronavirus (COVID-19).

Lebanon is already drowning in debt and starved of dollars. And with a weekly withdrawal limit of $50-$300, depending on the bank and the size of the account, most Lebanese are living in a dire situation.

So how can a society on the verge of complete collapse fight an invisible enemy that is threatening the world’s richest economies?

Cases reported in early March came from people traveling back to Lebanon from Iran or Italy.

Now Lebanese who have not left the country have the virus. On March 18, Beirut Rafic Hariri International Airport was closed.

The country currently has 248 cases, of which there have been four deaths, according to the Health Ministry.

“Until they closed it, we were receiving voice notes from people at the airport that Iranian flights were still coming into the country,” Marian Wehbe, who runs her own PR agency, told Arab News.

“It’s the citizens who’ve been responsible for trying to contain coronavirus. The citizens, not the government, have ensured that everyone stays home for their safety.”

Due to the virus, everything is now closed in Lebanon except supermarkets, pharmacies and hospitals.

“Last week, when I came to the hospital I didn’t know if I’d live or die,” said Nadine Sfeir, 43, who was diagnosed with COVID-19 last week after returning from a ski trip to Courchevel, France. She is currently in quarantine in Rafik Hariri University Hospital in Beirut.

“I had some chills, a low temperature and a stuffy nose,” she said of the symptoms. “I went to do the test on March 8 and it was positive. My husband is still negative, but my mother, who is 68, has it. She saw me before I was diagnosed but has mild symptoms.”

Sfeir said all COVID-19 patients are locked in their rooms and have to undergo two tests with negative results before they can leave the hospital.

Testing for the virus is a problem in Lebanon if you want to do so privately. At 150,000 Lebanese pounds ($100), a COVID-19 test is expensive. The government provides free testing at hospitals only if you have symptoms.

“Imagine what a family of five who can’t make ends meet would have to do in order to get the entire family tested?” said Basel Dalloul, founder of the Dalloul Art Foundation in Beirut.

“I doubt any of the numbers in Lebanon, no matter where you get them from, are reflective of the true situation on the ground.”

A Lebanese health-care professional said on condition of anonymity: “Countries are melting down because of corona, but we in Lebanon melted down before corona.

“Our government is bankrupt, our equipment and our resources are scarce. The way to address this crisis is for the Lebanese people to stick together, and for the private and public sectors to work jointly to contain the virus.”

There have been reported talks about transforming some hotels into quarantine facilities for people suspected of having COVID-19.

“There’s no way to stop the virus,” said the health care professional. “The better we are at flattening the curve by having people socially isolate, the more successful we’ll be at diminishing the damage of the virus.”

Dalloul said in the absence of accurate data, Lebanese are “petrified.”

The small Mediterranean country, which has a population of approximately 6.8 million, is also home to the highest number of refugees per capita in the world.

There are 1.5 million Syrian refugees alone, and according to a census held by the Lebanese Palestinian Dialogue Committee in 2018, there are around 175,000 Palestinian refugees. So in Lebanon, there is one refugee for every four citizens.

The UN Development Programme estimates that roughly a third of Lebanese live on less than $4 per day.

How are grassroots organizations helping the destitute and refugees against COVID-19?

“We’ve closed our doors for the time being, but if there’s an emergency case, now we can meet the woman and decide on an action plan for when businesses open again.”

Founded in 1976, the RDFL is a feminist, secular, nongovernmental organization advocating for and raising awareness about women’s rights in Lebanon.

“There’s a plan to make group calls among the social workers to support women in need, but it’s unsure how well this will work given the weak wifi in the country. It’s a challenge but we’re still working,” said Dirani.

“In my village, located in the Bekaa Valley, it was recently decided that Syrian refugees can’t leave their camps from 6 p.m. to 6 a.m. because of coronavirus.”

Olfat Mahmoud is a Palestinian refugee and cofounder of the Palestinian Women’s Humanitarian Organization (PWHO), established in 1993 to support Palestinian and Syrian women and their families who live in refugee camps in Lebanon.

Mahmoud also works in the Bourj El-Barajneh camp, where there are both Palestinian and Syrian refugees.

“The problem is that the camps are overcrowded,” she said. Bourj El-Barajneh is 1 sq. km in size and holds more than 50,000 refugees.

“We’ve been doing awareness sessions in the camp on how to protect against COVID-19. We send them leaflets and communicate through the mosque so that everyone can hear from home about proper hygiene — something the women implement,” Mahmoud said.

“Until now we have no cases, but if one person gets infected it means that 50,000 will get infected.”

The shutdown of the country is galvanizing civil society. Palestinian refugees — barred from working in Lebanon, and who normally do work in construction and as cleaners — have no money to buy food until the lockdown ends.

“Neighbors now share food, and through the PWHO we’re providing as much food as we can now,” said Mahmoud.

Wehbe said: “We’re in a state of crisis, and we need these organizations more than ever. We need constant actions of solidarity.”