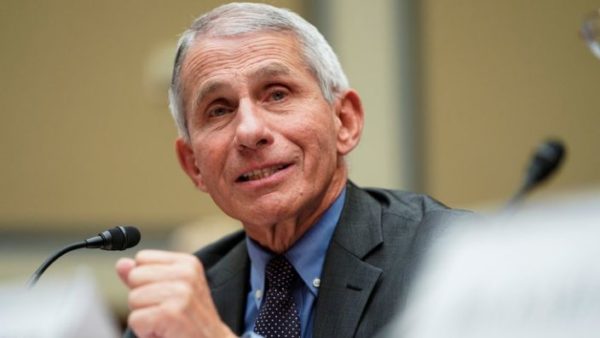 Top U.S. health officials are “looking very closely at” reports that a much higher percentage of younger Americans are needing hospitalization as a result of contracting the novel coronavirus than expected, Dr. Anthony Fauci, director of the National Institute of Allergy and Infectious Diseases, said Sunday.

Fauci was responding to new data from the Centers for Disease Control and Prevention which, after studying more than 4,000 cases in the U.S., showed that about 40 percent of those who were hospitalized for the virus as of March 16 were between ages 20 and 54. Among the most critical cases, 12 percent of ICU admissions were among those ages 20 to 44 while 36 percent were for those between 45 and 64.

Asked about the new numbers on CBS’s “Face the Nation,” Fauci said they highlighted “a very important critical issue that we’re looking very closely at.”

“It looks like there is a big difference between that demography from China and what we’re seeing in Europe,” Fauci said. Data based on China’s outbreak suggested that older people were more at risk.

“Now, we have to look at the young people who are getting seriously ill from the European cohort and make sure that it isn’t just driven by the fact that they have underlying conditions.”

Speaking on CNN’s “State of the Union,” Rep. Alexandria Ocasio-Cortez, D-N.Y., said young people need to be taking the risks of the virus seriously.

“I’ve been speaking about this for over a week now and if you are a young person in America today, you need to stay home,” she said. “There was so much messaging about how coronavirus is only impacting older people and that younger people don’t have to worry about it for their personal health. Well, let me tell you something, in the state of New York, about 55 percent of our cases are with folks 18 to 49.”

Fauci told “Face the Nation” that he does not expect the U.S.’s experience with the outbreak turn into Italy’s, which has become one of the hardest-hit areas.

“I mean obviously things are unpredictable, you can’t make any definitive statement, but if you look at the dynamics of the outbreak in Italy, we don’t know why they are suffering so terribly, but there is a possibility that many of us believe that early on they did not shutout the input of infections that originated in China and came to other parts of the world,” Fauci said before touting the Trump administration’s move to restrict travel from China, and then parts of Europe, earlier this year.

“Again, I don’t know why this is happening [in Italy] to such an extent,” Fauci said. “But once you get so many of these spreads out, they spread exponentially and you can never keep up with this tsunami. And I think that’s what our colleagues and unfortunately our dear friends in Italy are facing.”

Italy was “so overwhelmed from the beginning,” Fauci said, “that they can’t play catch up.”