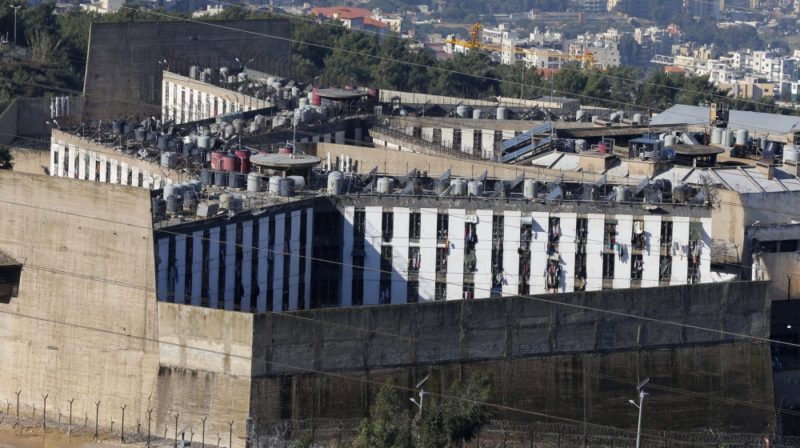 Beirut, Lebanon – Riots erupted in at least two overcrowded Lebanese prisons as inmates demanded to be released over fears the country’s growing coronavirus outbreak will spread rapidly among them.

Lebanon has so far confirmed 124cases and three deaths from COVID-19, the novel coronavirus that has led to an unprecedented global shutdown. The total number of cases worldwide is nearing 200,000 and nearly 8000 deaths.

Lebanon announced a partial lockdown over the weekend with all nonessential businesses closed and streets emptying out, just like in many other countries hit by the pandemic.

Now, the country’s prison population is asking to be released, even if for a temporary amount of time. Videos shared with Al Jazeera by a family member of an inmate, in addition to others circulated on social media, show prisoners in the Roumieh and Zahle jails, two of Lebanon’s largest prisons, staging protests and chanting slogans demanding an amnesty.

Other videos showed them attempting to break down doors and setting fires, with black smoke filling a large cell.

At least two videos from Roumieh prison on Monday night show bloodied inmates bearing large wounds – one near the neck, another near the hip. In the video, inmates say the wounds are a result of live fire by security forces.

“Look at what the state is doing to us,” men shout as they attempt to dress a wound on one of the inmates.

An Internal Security Forces (ISF) source, who spoke on condition of anonymity because he was not permitted to comment on the matter, confirmed that two inmates had been wounded, but said rubber bullets had been deployed, rather than live fire.

“There was large-scale rioting, fires and breaking doors and destruction of equipment, a really big riot. So security forces intervened,” the source told Al Jazeera, adding the situation was now “stable”.

A family member of an inmate at the Zahle prison, who spoke on condition of anonymity for fear of reprisal, said an imprisoned relative had taken part in a protest and hunger strike that began on Monday, in order to demand an amnesty.

The family member said dozens of inmates were now on a hunger strike.

Prisoners and their families in Lebanon have long demanded an amnesty law be passed to release thousands who were jailed for petty crimes including drug use and possession, in addition to alleged involvement with hardline groups.

Lebanon’s political establishment has long promised an amnesty law would be endorsed, but successive governments have failed to come through, and prisons have witnessed recurring hunger strikes and riots by inmates.

Prime Minister Hassan Diab’s government has committed to endorsing such a bill, though it is unclear who exactly would be included.

“Their situation is really dire, there are people with medical conditions in there,” the family member told Al Jazeera.

Despite the difficult conditions, the ISF source said precautions were being taken and “all our efforts are focused on protecting the prisons from coronavirus”. Only one person from each inmate’s family could now visit, the source said, and prisons are being regularly disinfected.

Lebanon has long struggled with overcrowding at its detention centres, with about 10,000 inmates distributed among 25 prisons and 261 jails, most of which are very small, according to statistics gathered by the Beirut Bar Association last year.

More than 700 lawyers visited the country’s prisons in December to assess conditions and found them cramped and unsanitary, according to a subsequent report.

In addition, hundreds of inmates have been held for long periods of time without being sentenced, while others served their time but were unable to leave because they could not pay fines.

Melhem Khalaf, the head of the Beirut Bar Association, told local publication The Legal Agenda on Tuesday the association secured the release of about 80 prisoners by paying their fines since late last year, while 120 such cases still remained.

The association also provided free legal aid to 180 detainees whose cases were stalled because they did not have lawyers, while 120 more still required help, Khalaf said.