Coronavirus – Is God mad at Mankind? 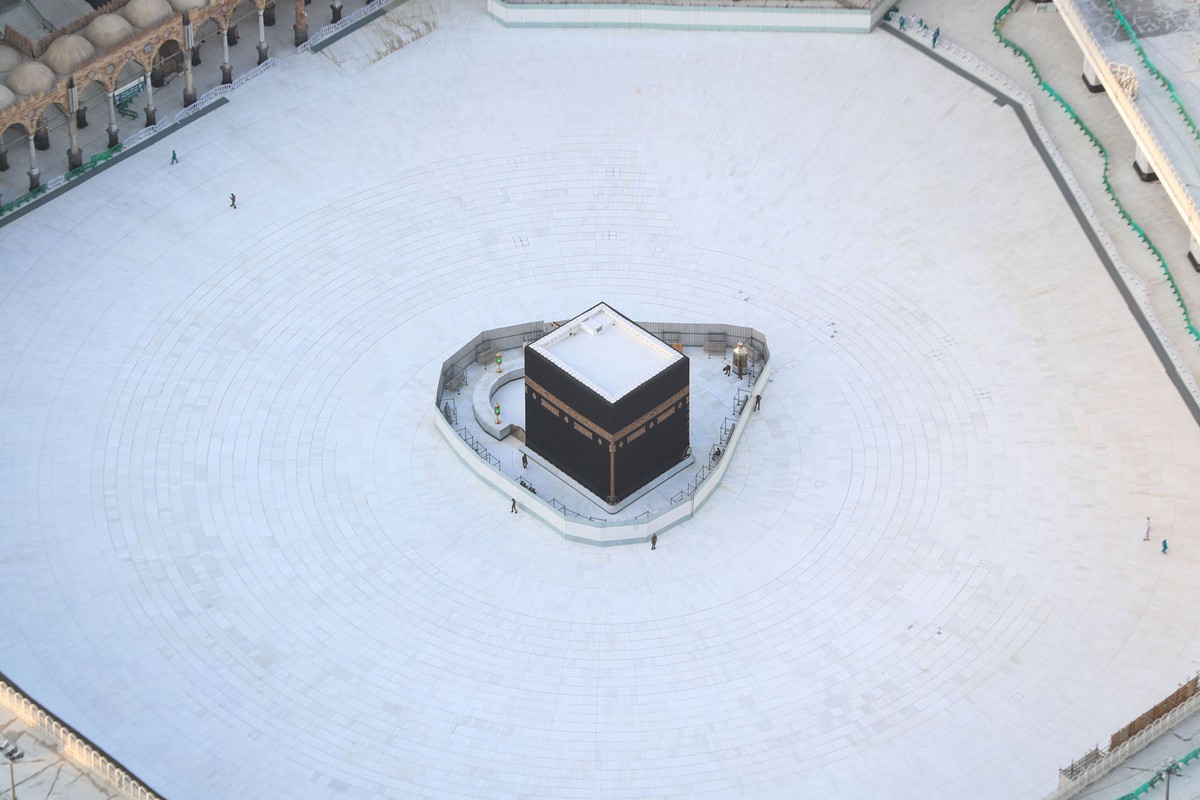 St. Peter’s Square at the Vatican City in Italy is deserted. The Pope, supreme Pontiff has cancelled all meetings and engagements in Vatican City. The world is cut off with Rome.

The Kingdom of Saudi Arabia has temporarily banned Umrah pilgrims from all over the world. A day earlier, the Kingdom also restricted its citizens and residents from visiting Makkah. Although the Makkah entry restrictions announced are precautionary temporary steps, the Holy Kaaba is a deserted place.

Yes, for the first time in the history of mankind the circling of Kaaba has been stopped. The circling to Kaaba was an old practice even prior to the expansion of Islam. The Pagan Arabs used to circle it before entering their homes. Muslims make 7 anti-clock, circles to complete a Tawaf. A strange fact that makes few believe that anti-clock circling of Kaaba strengthens the magnetic grid of Planet earth. The fact that believers in One God are circling holy Kaaba 24 hours / 365 days, non-stop, makes it a unique place on earth where God is worshipped non-stop. There is no other similar place on earth where God is worshipped non-stop. And now there is not a single soul around it except cops on guard.

And Bethlehem has been locked down too. The Church of Nativity, built on the site that Christians believe was the birthplace of Jesus, was also closed on Thursday for worshippers.

In modern history, it is the first time that worshipers to God are not allowed where they should be. Is God unhappy with mankind? According to legends and believers in God, a time will come when the supplications, prayers and worship by mankind will be rejected by God. And when will such a time come?

The sages among mankind believe that God will be unhappy when justice will be denied, when atrocities against mankind will increase, rulers will usurp their powers and suppress their subjects, courts will shun justice. Judges will indulge in favoritism. He will be even unhappier when the people will remain silent spectators and watch atrocities on others around them.

Does this imply if God is unhappy, He is punishing mankind? The Holy Scriptures from the Old Testament, Bible to Quran, have verses warning about the punishment of God. History tells us of the storm of Noah that drowned His earlier creation. But those who firmly believe in God also believe that God is most kind. So, what He will do if He is unhappy? Is He going to punish mankind? What will be the punishment of God? Believers in God believe that if He is unhappy, He will turn away from mankind. And if He turns away from mankind, Satan will take over. Satan will be helping all wrongdoers. And only God can stop Satan.

The only way out for mankind is to care for mankind. A verse in the Holy Quran states, “Lo! Those who believe, and those who are Jews, and Christians, and Sabaeans – whoever believeth in God and the Last Day and doeth right – surely their reward is with their Lord, and there shall no fear come upon them neither shall they grieve. (Quran 2:63). Surprisingly this verse is not meant for Muslims only but an assurance that anyone who believes in God and does right will be rewarded.

Humanity will suffer when justice will be denied when courts and judges will work for favoritism and lack integrity. Hindu Upanishads state, “‘There is nothing higher than justice. So, a weak man hopes (to defeat) a strong man by means of justice as one does through a king’ (Radhakrishnan, 1992:170)[13].

Let some people stand for the right and injustice against humanity. These people alone will save mankind from catastrophic calamities. And only for such people, God will not turn away from mankind.