WHO: Europe is now the ‘epicenter’ of the coronavirus pandemic 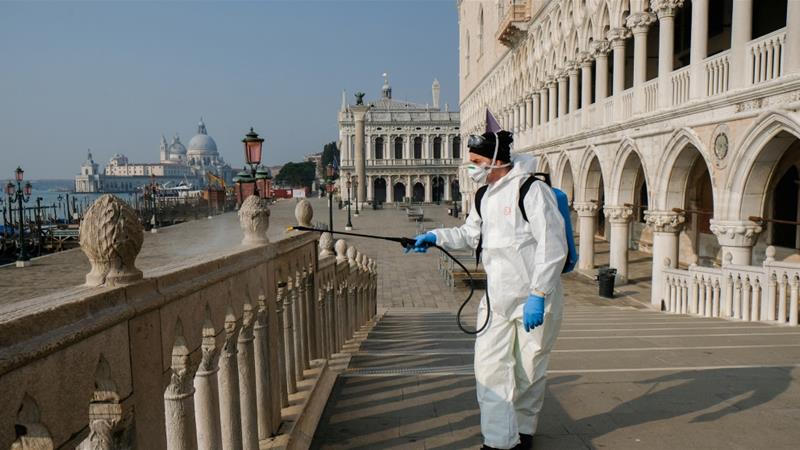 Europe has become the new epicenter of the COVID-19 pandemic as cases in China slow and the deadly coronavirus runs through Italy and nearby countries, World Health Organization officials said Friday.

“More cases are now being reported [in Europe] every day than were reported in China at the height of its epidemic,” WHO Director-General Dr. Tedros Adhanom Ghebreyesus said at a press conference at the organization’s Geneva headquarters.

WHO officials declared COVID-19 a global pandemic on Wednesday as the virus spreads rapidly across the world from Asia to Europe, the Middle East and now parts of the United States.

“When the virus is out there, the population has no immunity and no therapy exists, then 60% to 70% of the population will be infected,” German Chancellor Angela Merkel told a news conference in Berlin on Wednesday, according to Reuters. The country has over 82 million citizens.

Emerging from Wuhan, China less than three months ago, the virus has spread to more than 132,000 people across 123 countries and territories with 5,000 people dead, WHO officials said. The number of new cases in China has slowed to a trickle, with 26 new cases reported Thursday, according to WHO data, while cases in Europe have exploded overnight.

“China has certainly peaked and there is certainly a decline but there’s always a chance” that could rise again, said Dr. Maria Van Kerkhove, head of WHO’s emerging diseases and zoonosis unit.

Italy currently has the most cases outside of China with at least 15,113 infections, followed by Spain at 4,334, Germany at 3,156 and France at 2,882, according to data compiled by Johns Hopkins University. Other countries in Europe are seeing cases soar. Switzerland currently has 1,125 cases, followed by Sweden at 809, the Netherlands at 804 and Denmark at 788.

The United States has at least 1,701 cases as of Friday morning, according to Hopkins.

Tedros said countries need to take a comprehensive approach to try to fight the pandemic.

“Not testing alone, not contact tracing alone, not quarantine alone, not social distancing alone, do it all,” he said. “Any country that looks at the experience of other countries with large epidemics and thinks that won’t happen to us is making a deadly mistake, it can happen to any country.”

Social distancing only slightly “slows down the virus so your health system can cope,” said Dr.  Mike Ryan, the executive director of WHO’s emergencies program.

“The virus will always get you if you don’t move quickly,” Ryan said, discussing lessons health officials learned from the Ebola outbreak.

The coronavirus COVID-19 is affecting 136 countries and territories around the world and 1 international conveyance (the Diamond Princess cruise ship harbored in Yokohama, Japan). The day is reset after midnight GMT+0. Search:

Highlighted in green= all cases have recovered from the infection Highlighted in grey= all cases have had an outcome (there are no active cases)
The “New” columns for China display the previous day changes (as China reports after the day is over). For all other countries, the “New” columns display the changes for the current day while still in progress.