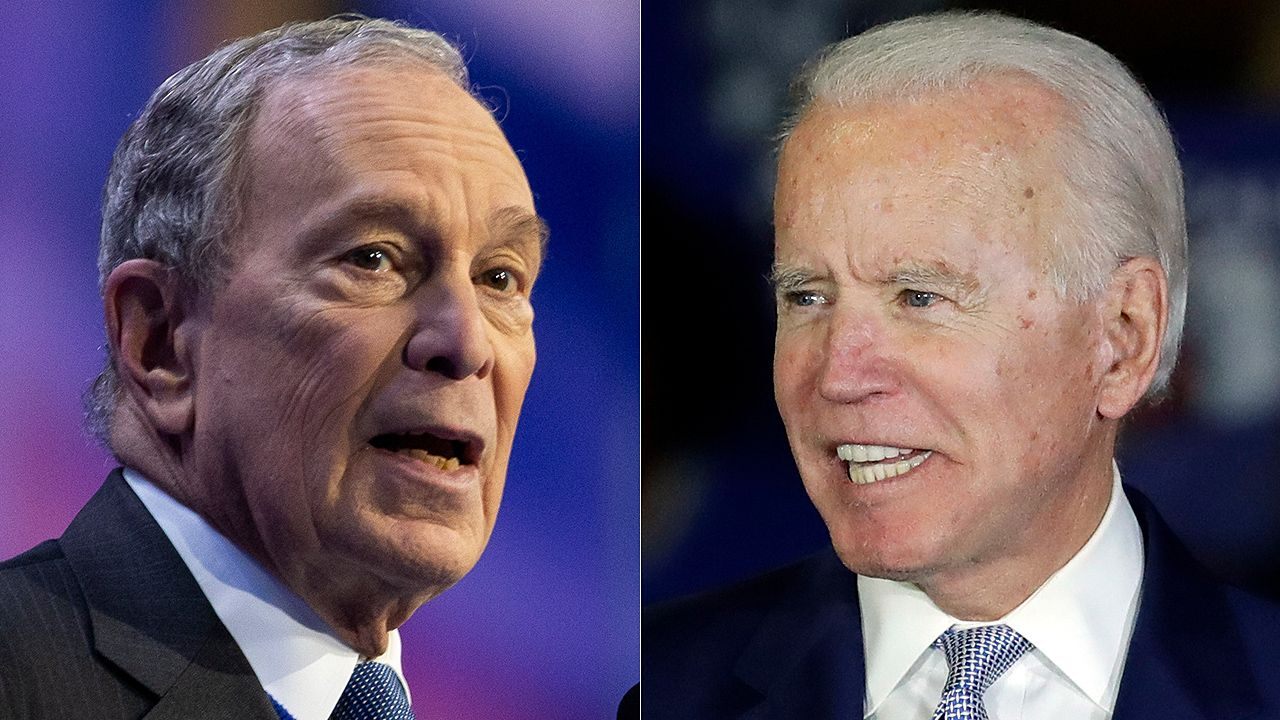 Michael Bloomberg endorsed Joe Biden for the Democratic nomination as he ended his presidential campaign on Wednesday and pledged to continue working to defeat President Donald Trump.

Bloomberg said in a New York speech that after the results of the Super Tuesday voting, he no longer had a viable path to the nomination and didn’t want to hurt the party’s chances.

He had spent a record $687 million of his own money on the effort, but Biden dominated the Super Tuesday vote, winning 10 states of 14. Bloomberg earned at least 53 delegates, compared to at least 566 for Biden.

The former New York mayor said beating Trump starts with uniting behind the candidate with the best chance to do it.

“It’s clear that candidate is my friend and a great American, Joe Biden,” and he asked his supporters to help Biden win the general election.

He has vowed to keep spending money and put the formidable infrastructure he built for his campaign in key battleground states at the service of the nominee.

It wasn’t immediately clear whether Bloomberg would air ads on Biden’s behalf or deploy the staff and field offices in battleground states that he’s pledged to keep through the November election for the nominee. A Bloomberg campaign aide, speaking on condition of anonymity, said it will take a few days to structure the aid to Biden.

Bloomberg’s campaign manager Kevin Sheekey said on MSNBC Wednesday that the campaign would continue to air anti-Trump ads and he wouldn’t rule out running primary ads against Sanders.

The aide said Bloomberg and Biden spoke by phone on Wednesday, and in a message to Bloomberg posted on Twitter, Biden thanked the former New York mayor for his support and work on issues such as gun safety and climate change.

“This race is bigger than candidates and bigger than politics,” Biden said. “It’s about defeating Donald Trump, and with your help, we’re gonna do it.”

Bloomberg had staked his candidacy on gaining a critical mass of delegates on Super Tuesday and subsequent races, after taking the never-before-tried path of skipping the first four contests. But he decided to drop out after he failed to collect enough delegates to continue being a serious contender.

When he announced his candidacy, Bloomberg told his employees he would step away from running the Bloomberg company during the campaign, turning over the day-to-day operation to a management committee. After he finished serving three terms as New York mayor in 2013, Bloomberg returned to the company he founded.

Bloomberg reconsidered a decision last year not to run for president in 2020, saying the weakness of other centrist candidates like Biden compelled him to join the fray.

Bloomberg joined the contest late, on November 24, but quickly rose in the polls to a top-tier candidate and a slot on the debate stages. He aided that rise by building a ground operation with more than 2,400 staffers and 200 offices across 43 states and territories.

He also flooded the television airwaves with more than $550 million in advertising over the course of his candidacy, all self-funded. Nearly 60% of Americans said they had seen one of his television or digital ads, polls showed.

Voters had initially warmed to Bloomberg’s message that he had a record as a manager with “workable, achievable plans” and the resources to defeat Trump, which polls show is many Democrats’ top priority. Bloomberg’s sparring with Trump on Twitter and his barrage of attack ads bolstered his support, especially from voters who saw Biden as fading.

Bloomberg’s prospects were damaged by an initial debate performance on Feb. 19 that was widely panned. He appeared unprepared for attacks from Elizabeth Warren and others about his support for stop-and-frisk policing in New York and non-disclosure agreements he had signed with women at his company, Bloomberg LP.

The stumbles undercut the image Bloomberg tried to project in his ads, and while the former New York mayor performed better at the next debate a week later, he never recovered. Democratic Party leaders coalesced around the former vice president, with some urging Bloomberg to get out lest he split the votes of centrist Democrats with Biden and leave Bernie Sanders with a plurality of delegates going into the convention.

Some strategists doubted Bloomberg’s prospects from the start, questioning whether a 78-year-old billionaire and former Republican with ties to Wall Street would be accepted in today’s Democratic Party – especially with his untested strategy. But they didn’t completely discount him because of his ability to spend unprecedented sums and the passion in the party for beating Trump.

In his speech to campaign staff and supporters, Bloomberg praised their work in building a national campaign that made him a contender for the nomination in 100 days and urged them to continue the fight referring to the slogan of his campaign, “Mike will get it done.”