Iran’s government is lying its way to a coronavirus catastrophe 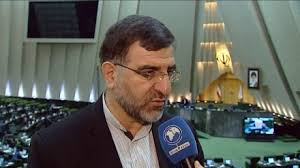 Qom lawmaker Ahmad Amirabadi Farahani claimed that the death toll from the virus in the region he represents has already reached 50 people, far surpassing the 12 deaths the country’s health ministry has confirmed.
Share:

The Islamic Republic of Iran’s inept and dishonest response to the initial outbreak of the Wuhan coronavirus is exacerbating an already dangerous situation. Now it is arguably threatening to spark a regional epidemic as well.

On Monday, a member of Iran’s parliament claimed that the death toll from the virus in the region he represents has already reached 50 people, far surpassing the 12 deaths the country’s health ministry has confirmed.

His district, Qom, is the epicenter of the coronavirus in Iran.

As the country’s religious capital, home to many seminaries as well as an important Shiite pilgrimage site, Qom is a bustling city of over a million people that receives an estimated 22.5 million visitors each year. For both political and practical reasons, if the government was going to focus its efforts to contain the virus on a particular place, Qom would have been it.

Yet the city remains open. People continue to pass through it in vast numbers.

Meanwhile, the director of medical studies at Qom’s main university, who several days ago went on state television to calm public concerns over the virus, has apparently tested positive for it and is now under quarantine.

Iranians simply don’t know what information they can trust. Domestic Iranian media is increasingly under pressure not to report on sensitive matters. The list of such issues is growing as the number of working newsrooms is going down with many journalists intimidated into silence.

“The rest of the media have not published this figure, but we prefer not to censor what concerns the coronavirus because people’s lives are in danger,” an editor at ILNA, which reported on Qom’s death toll, told Agence France-Presse.

Later in the day, the ministry raised the number of confirmed cases from 47 to 61.

While blaming all societal ills on the government — including natural disasters and the economy — has become something of a national sport in Iran, the issue is more fundamental to how the Islamic Republic as an entity and other authoritarian regimes operate, especially when threatened by problems they cannot tackle.

Iran’s biggest problem is lack of accountability. Nothing is ever anyone’s fault. There’s always someone else to whom blame can be shifted.

When things get particularly bad, foreigners almost always turn out to be the culprits. Predictably, some Iranian officials are already blaming the outbreak on a plot by the United States.

“The enemy wants to instill fear in people’s hearts, make Qom look like an unsafe city and to take revenge for all its defeats,” said Mohammad Saeedi, the city’s Friday prayer leader. “Trump will die frustrated in his wish to see Qom defeated.”

When that doesn’t work, any catastrophe is seamlessly attributed to the will of God.

Following the state’s own shooting down of the Ukrainian passenger flight, killing all 176 people on board, the Foundation of Martyrs and Veterans Affairs called the families of victims to congratulate them on their loved one’s “martyrdom.”

In such an atmosphere, those Iranians who prefer to live are rightfully confused and suspicious about the state’s handling of the outbreak.

The rapid spread of the virus is spiraling out of control. Iranian authorities are not fully accepting their responsibility to address it, while also obscuring their efforts to contain it.AD

The authorities initially denied that there was even a problem. Although several cases had been reported as early as Feb. 13, officials claimed they didn’t involve coronavirus because the infected individuals hadn’t traveled to China. Then they sent health “experts” onto state media to downplay concerns.

As the Iranian state continues denies the severity of the outbreak, Iran’s neighbors are closing their borders. Turkey, Armenia, Pakistan and Afghanistan have all done so. Azerbaijan, a key trading partner that shares a long land border with Iran, has advised its citizens against traveling there. Georgia has suspended all flights in and out of Iran. Flights from Iran to China, meanwhile, continue.

A source in the city of Hamadan, a place where the government has yet to acknowledge any cases, reported to me that at least two people have already died.

The source said that an increasing number of people are taking unpaid leave from work to avoid potential contact with potential carriers. Although schools, universities and some other public facilities are closed, daily life continues as normal.

Information about the fast-moving virus is spreading quickly around Iran. In a highly connected society, the public’s efforts to update fellow citizens about the disease is outpacing the state’s ability to disinform.

Iran’s leaders must immediately acknowledge what they know about the extent of the outbreak and admit to their shortcomings in containing it. In turn, the international community should take all available steps to assist Iran in slowing the spread of the virus.