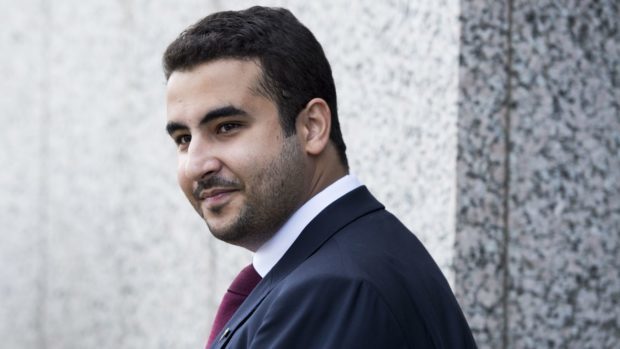 “Rafik Hariri was martyred 15 years ago. He was a reformist national leader who led the journey of reconstruction and achieving stability in his country,” Bin Salman, who is the brother of the kingdom’s powerful crown prince Mohammad Bin Salam ( MbS) , tweeted.

“He was assassinated by the Iranian militias of treachery which could not tolerate him and the national renaissance project he was defending, seeing as they only know the culture of death and destruction,” the prince added.

He also stressed that “his vision and national project which aim to achieve stability, prosperity and coexistence shall persevere in the face of the projects of the sectarian militias who believe neither in the country not in the dignity of the citizen.”

Hariri was s assassinated along 22 others 15 years ago on February 14, 2005 in downtown Beirut in a massive suicide bomb

4 members of Iran-backed Hezbollah militant group are being tried in absentia by the U.N.-backed Special Tribunal for Lebanon over the crime and the verdicts are expected to be issued later this year. Another Hezbollah operative Mustafa Amine Badreddine who was also accused of being behind Hariri’s assassination was killed on May 13, 2016, by an explosion near the Damascus International Airport.