Syrian to be tried for plotting attack on U.S. embassy in Lebanon 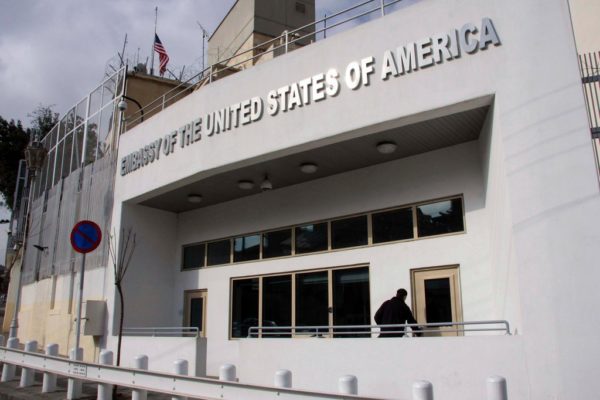 BEIRUT – A Syrian man held on suspicion of plotting an attack on the U.S. Embassy in Lebanon was referred to trial on Thursday along with 20 other people, the Lebanese state news agency NNA said.

NNA said a Lebanese military judge had issued an indictment against the man on charges of belonging to the Islamic State militant group and planning the operation on its behalf.

It said the man was suspected of having prepared explosives and of seeking to buy a drone for the attack. The agency gave no further details and did not spell out the allegations against the 20 others.

A Lebanese security source said the man was arrested last month in Lebanon and is expected to face a military trial along with the other 20 suspects, who were accused of helping to plot the operation.