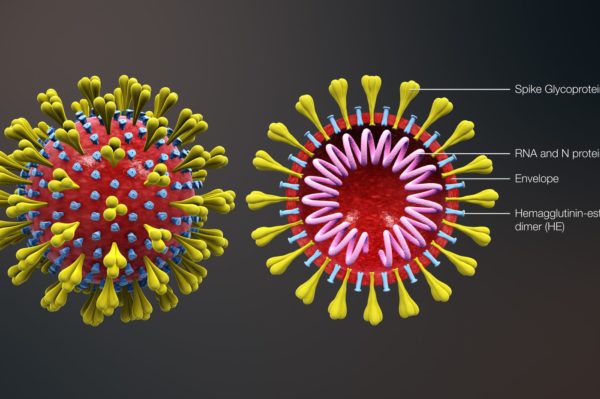 It could take years and cost $1 billion to make a vaccine for the Wuhan coronavirus. But top scientists told us the work could still help halt future outbreaks.

Here is an update on the deadly Coronavirus: The number of confirmed cases is 40553 an increase of 3398 from day earlier .  6994  of the cases are in severe condition while the death toll jumped another 99 to 910 , surpassing the toll from the SARS outbreak on the mainland and Hong Kong almost two decades ago.

As drugmakers race to come up with vaccines to halt the deadly Wuhan coronavirus outbreak, their efforts are likely to come up against the same challenges that have hindered previous searches.

Chief among them: a coronavirus vaccine will most likely take years of development and testing before it can reach a large population, experts told Business Insider. That means that any vaccine is likely to play a limited role in this outbreak, even as urgency builds to address a virus that has killed at least 910 people and sickened more than 40553

“When people get up there and say we are going to have a vaccine in months, it is misleading,” Dr. Gregory Poland, the director of the Mayo Clinic’s Vaccine Research group, said in an interview. “That is not going to happen in the US.”

Poland, who works on vaccine development, said it can cost roughly $1 billion for a vaccine to be approved in the US. It will likely take years for a coronavirus vaccine to progress through the multiple stages of human testing required to assess a vaccine’s safety and effectiveness, he said.

Academics have struggled to definitively pin down the typical R&D cost for vaccines. Estimates have ranged from as low as $200 millionto as high as $1.5 billion. Despite that variance, there’s consensus it is a costly and timely endeavor to undertake.

Pharmaceutical and biotech companies like Johnson & Johnson, Moderna, and Inovio Pharmaceuticals have risen to the challenge, unveiling in recent weeks plans to find a vaccine.

The research holds immense public health value, experts said, and could help fight the next outbreak. In the short term, some drugmakers are looking into testing approved medicines for HIV or hepatitis against the virus.

The fact that vaccine research may only pay dividends years down the road creates a substantial challenge.

Pharmaceutical companies will have to commit large amounts of money to research that may fall short, or that might only yield a vaccine after the current outbreak has ended. Governments and nonprofit groups open their wallets when outbreaks dominate headlines, but that funding has historically withered when attention dies down.

That’s what happened in previous coronavirus outbreaks, including SARS in 2002-2003 and MERS in 2012. In those cases, vaccine candidates haven’t yet progressed beyond early safety testing in people, though researchers are still working on a MERS shot.

Ebola proved the exception, with vaccine efforts restarted in earnest around the 2014 outbreak, building off of decades of prior research.

Ongoing Ebola outbreaks, including a 2018 resurgence in Africa, kept a sense of urgency, and the first Ebola vaccine was approved in December 2019. Reaching that point required several years of testing in thousands of people by Merck, one of the world’s largest drugmakers.

The timeline for a vaccine will be measured in years, not months

Vaccine development experts said it will take years to validate a potential vaccine’s safety and effectiveness — likely not in time to counter this virus’s spread.

“I would be extremely happy to be wrong, but I don’t really see how a vaccine can get put together in time to help out with the likely course of this current outbreak,” Derek Lowe, author of the industry blog In The Pipeline who has more than 30 years of experience in drug discovery, said in an interview.

There have been great improvements over the past few years to create vaccines from scratch more quickly, said Dr. Stanley Plotkin, who has been involved in vaccine research since 1958 and played a big role in developing the rubella vaccine in the 1960s.

Despite those advances, the process still takes years, Plotkin, now an emeritus professor at the University of Pennsylvania, said in an interview.

“For a new coronavirus vaccine to be available for large populations, I would say it’s a matter of two years minimum,” he said.

US health officials have put forward a speedy timeline, but it represents just the first steps of drug development. Dr. Anthony Fauci, director of the National Institutes of Health’s infectious disease unit, said Friday the agency plans to start testing Moderna’s potential vaccine in people within the next next two and a half months, barring any setbacks.

Shares in the biotech climbed more than 15% Friday after Fauci said there have yet to be any “glitches” in using Moderna’s platform.

“In less than a year, I’m hopeful we can get at least that piece of the answer,” said Elena Maria Bottazzi, co-director of the Texas Children’s Hospital Center for Vaccine Development.

After that, the next round of testing will select a few doses to test in several hundred people.

That tees up late-stage testing, the most challenging stage of drug development. Mayo Clinic’s Poland said it typically requires tens of thousands of patients and hundreds of millions of dollars to run the final phase of testing to make sure a vaccine works and monitor its side effects.

“This will be a good test of how rapidly we can make progress with a protective vaccine,” Plotkin said.

Despite the multiyear process of testing, the work still holds public health value even if this outbreak subsides before a vaccine is prepared. As the third major outbreak of a coronavirus in the past 20 years, joining SARS and MERS, experts said it’s only a matter of time until the next one.

“It will be folly to think that this won’t happen again,” Poland said. “It absolutely will, and history has shown that to be the case.”

From here, the outbreak can go in two directions, Poland said. It could dwindle out like SARS did or evolve into a full-blown pandemic.

Vaccine investment dries up once epidemics fall out of the news

When thinking back to the previous SARS, MERS and Zika outbreaks, the world’s responses have repeatedly fallen victim to a short attention span.

“A big problem in emerging pathogen vaccine development is it’s in the news, it’s a big issue, governments respond by throwing money on the table,” Poland said. “That disappears once it’s not in the news anymore.”

Structural problems have created this cycle. Drugmakers are for-profit companies with limited money, and these outbreaks carry uncertainty on when they will recur. Additionally, these infections often strike developing countries, where it can be more difficult to make money from vaccine sales.

A version of that launched in 2017, called the Coalition for Epidemic Preparedness Innovations. CEPI for short, the group is backed by governments as well as the Bill & Melinda Gates Foundation, The Wellcome Trust, and the World Economic Forum.

Its effectiveness is playing out in real time with the coronavirus. Last month, the group awarded initial funding for three vaccine efforts, and there is an open call for more applications.

The World Health Organization also announced Thursday a February 11-12 meeting of scientists, public health agencies, and funders to accelerate the work being done for a vaccine, along with other medicines and diagnostics.

In the case of Bottazzi, she was involved in developing a SARS vaccine candidate. Funding eventually dried up as the outbreak dwindled. If there had been sustained funding to keep on with development, she said we would have been better prepared for this outbreak.

“We’ve gone through at least three rounds of these epidemics — SARS, MERS and this one,” Bottazzi said. “I really hope the community learns the lesson: do not leave things halfway.”