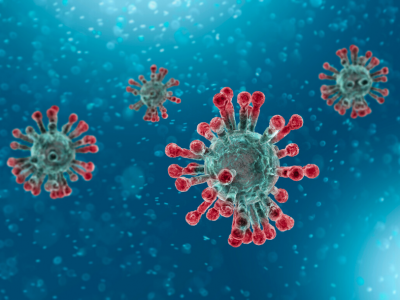 The World Health Organization said the fast-spreading coronavirus that’s infected more than 8,200 people across the world is a global health emergency — a rare designation that helps the international agency mobilize financial and political support to contain the outbreak.

The announcement comes just hours after the U.S. confirmed its first human-to-human transmission of the virus, which has killed at least 171 people in China and has now spread to at least 18 other countries.

Since emerging less than a month ago in Wuhan, China, the coronavirus has infected more people than the 2003 SARS epidemic, which sickened roughly 8,100 people across the globe over nine months. As of Thursday, there are at least eight cases in four countries, outside of China, of human-to-human transmission of the new coronavirus.

“Over the past few weeks we have witnessed the emergence of a previously unknown pathogen that has escalated into an unprecedented outbreak,” WHO Director-General Tedros Adhanom Ghebreyesus said during a news conference at the organization’s Geneva headquarters on Thursday. “We must act together now to limit the spread.”

WHO defines a global health emergency, also known as a “public health emergency of international concern,” as an “extraordinary event” that is “serious, unusual or unexpected.”

“Our greatest concern is the potential for the virus to spread to countries with weaker health systems and which are ill-prepared to deal with it,” Tedros said.

“To the people of China and to all of those around the world who have been affected by this outbreak, we want you to know that the world stands with you,” Tedros said. “We must remember that these are people, not numbers.”

In a separate press conference Wednesday, Tedros said the “continued increase in cases and the evidence of human-to-human transmission outside of China are, of course, most deeply disturbing … Although the numbers outside China are still relatively small, they hold the potential for a much larger outbreak.”

The illness produces a range of symptoms, with about 20% of the patients developing severe illnesses, including pneumonia and respiratory failure, he said. WHO officials said it’s transmitted through human contact, in droplets through sneezing or through touching germs left on inanimate objects.

WHO doesn’t enact global health emergencies lightly. The international health agency has only applied the emergency designation five times since the rules were implemented in the mid-2000s. The last time WHO declared a global health emergency was in 2019 for the Ebola outbreak in eastern Congo that killed more than 2,000 people. The agency also declared global emergencies for the 2016 Zika virus, the 2009 H1N1 swine flu and the 2014 polio and Ebola outbreaks.

One of the criteria used to determine whether the coronavirus is an international health threat is whether the disease spreads locally once it arrives in new parts of the world, “and that’s a nuanced and important distinction to make,” Dr. Mike Ryan, executive director of the WHO’s health emergencies program, told reporters on a call last week.

The other main criteria is whether it’s already interfered or will likely interfere with trade and travel, he said. The WHO committee’s goal, he said, is to contain an outbreak without needlessly disrupting economic activity just by declaring a global health crisis.

The WHO declined at two emergency meetings last week to declare the virus a global health emergency.

Tedros said Thursday that the declaration doesn’t mean the agency has a “vote of no confidence in China.” He congratulated the Chinese government for their efforts to contain the outbreak despite the potential economic impacts.

Declaring an emergency doesn’t give the WHO extra funding or power, but it allows Tedros to make recommendations, including whether countries should impose travel or trade bans. It can also mobilize public health resources and galvanize public and political action, said Lawrence Gostin, a professor and faculty director of the O’Neill Institute for National and Global Health Law at Georgetown University.

“It signals that the world must be on the alert for a major event,” Gostin said.

Coronaviruses are a large family of viruses that usually infect animals but can sometimes evolve and spread to humans. The new virus is similar to the flu and can cause coughing, fever, breathing difficulty and pneumonia.

What Is a Coronavirus?

A coronavirus is a kind of common virus that causes an infection in your nose, sinuses, or upper throat. Most coronaviruses are not dangerous.

Some types of coronaviruses are serious, though. About 858 people have died from Middle East respiratory syndrome (MERS), which first appeared in 2012 in Saudi Arabia and then in other countries in the Middle East, Africa, Asia, and Europe. In April 2014, the first American was hospitalized for MERS in Indiana and another case was reported in Florida. Both had just returned from Saudi Arabia. In May 2015, there was an outbreak of MERS in Korea, which was the largest outbreak outside of the Arabian Peninsula. In 2003, 774 people died from a severe acute respiratory syndrome (SARS) outbreak. As of 2015, there were no further reports of cases of SARS.

But In early 2020, following a December 2019 outbreak in China, the World Health Organization identified a new type, 2019 novel coronavirus (2019-nCoV

Often a coronavirus causes upper respiratory infection symptoms like a stuffy nose, cough, and sore throat. You can treat them with rest and over-the-counter medication. The coronavirus can also cause middle ear infections in children.

Coronaviruses were first identified in the 1960s, but we don’t know where they come from. They get their name from their crown-like shape. Sometimes, but not often, a coronavirus can infect both animals and humans.

The symptoms of most coronaviruses are similar to any other upper respiratory infection, including runny nose, coughing, sore throat, and sometimes a fever. In most cases, you won’t know whether you have a coronavirus or a different cold-causing virus, such as rhinovirus.

You could get lab tests, including nose and throat cultures and bloodwork, to find out whether your cold was caused by a coronavirus, but there’s no reason to. The test results wouldn’t change how you treat your symptoms, which typically go away in a few days.

But if a coronavirus infection spreads to the lower respiratory tract (your windpipe and your lungs), it can cause pneumonia, especially in older people, people with heart disease, or people with weakened immune systems.

What to Do About Coronavirus

There is no vaccine for coronavirus. To help prevent a coronavirus infection, do the same things you do to avoid the common cold:

A humidifier or steamy shower can also help ease a sore and scratchy throat.

Even when a coronavirus causes MERS or SARS in other countries, the kind of coronavirus infection common in the U.S. isn’t a serious threat for an otherwise healthy adult. If you get sick, treat your symptoms and contact a doctor if they get worse or don’t go away.