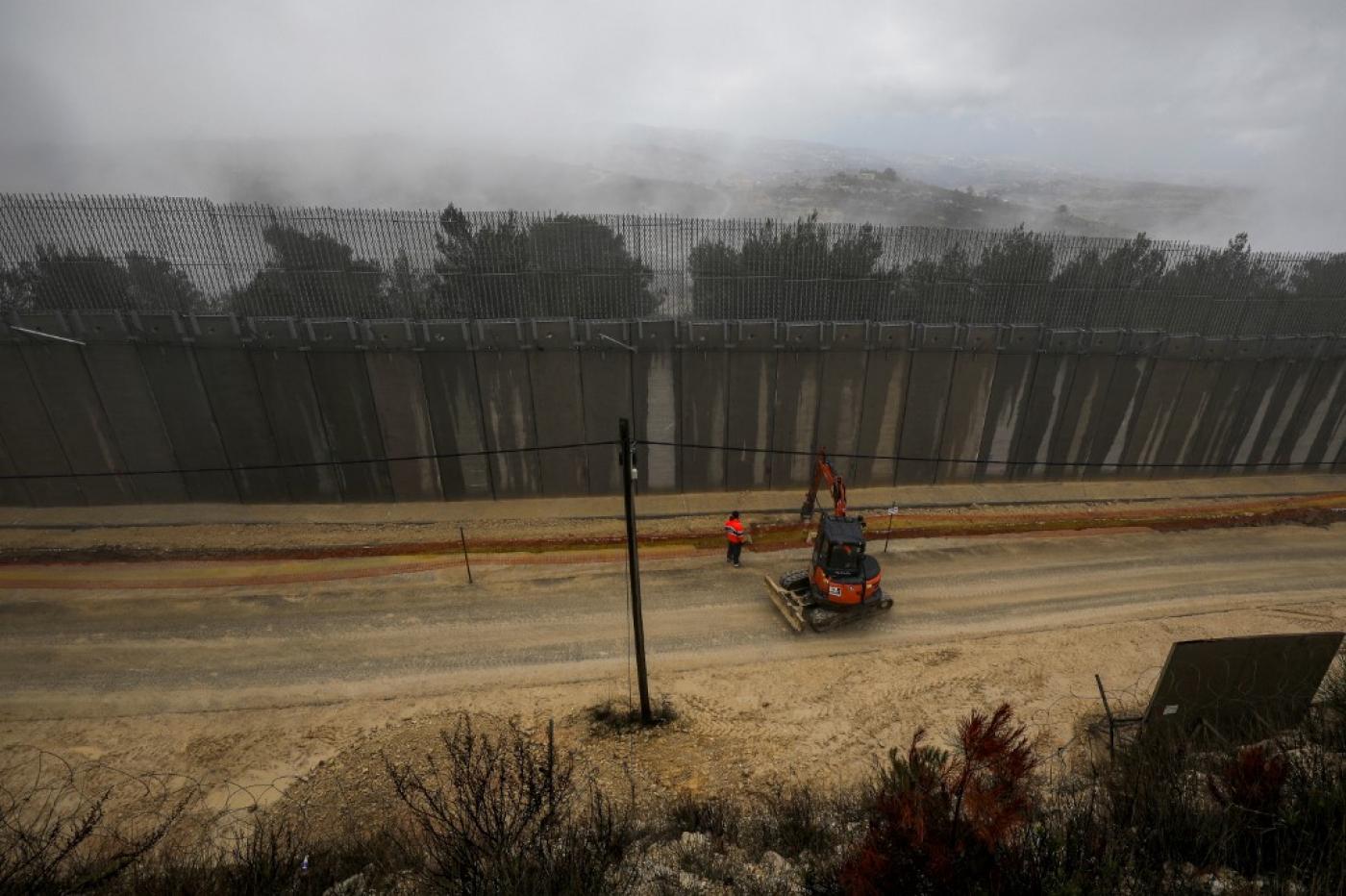 The Israeli army begins the deployment of infrastructure for a ground ‘defensive system’ along the Israel-Lebanon border near Misgav Am (AFP)
Share:

Israel has started construction of an underground network of sensors designed to detect tunnel-building activities along the Lebanese border, an Israeli military spokesman said on Sunday.

“All the drilling is being done on the Israeli side of the blue line,” Lieutenant-Colonel Jonathan Conricus said, referring to the border demarcation with Lebanon.

He said the drilling was being carried out at Misgav Am, an Israeli border community, and could take up to two months.

The project comes one year after Israel announced it had found and destroyed all Hezbollah cross-border tunnels from Lebanon.

Hezbollah, the Lebanese movement, was last engaged in a war with Israel in 2006 and the destruction of the tunnels last year did not trigger another confrontation.

In January last year, in response to Israel’s discovery of the tunnels, Hezbollah’s leader said the movement had “for years” been able to enter Israel.

“The Israelis discovered a number of tunnels after many years, and it’s not a surprise; the surprise is that these tunnels, they took some time to find,” Hassan Nasrallah said in a rare interview on the Al-Mayadeen TV channel.

Conricus told reporters on Sunday that the planned Israeli network “was not a wall” but seismic and acoustic sensors buried in the ground.

He said that the sensor building activity was only “a precautionary measure” and that “our current assessment is that there are no cross-border attack tunnels”.

Israel’s vulnerability to tunnels was laid bare during its war with the Palestinian group Hamas in Gaza in 2014, when Palestinian fighters used dozens of secret passages dug from the besieged enclave into Israel to launch surprise attacks.

Israel had informed UN peacekeepers in south Lebanon about the work “to make sure everybody knows what we are doing and that we are operating on the Israeli side” of the border, Conricus said.

The drilling, he said, seeks to place sensors to detect seismic movements and sonic fluctuations linked to possible tunnel building.

While Israel is currently building a barrier along the Gaza border with the declared aim of preventing the building of tunnels, the Lebanon border project will be more limited in scope and not involve the construction of walls, Haaretz said.

However, the newspaper, added that “defence walls will continue to go up along the Lebanese border, in areas seen as vulnerable to above-ground infiltrations”.