Tensions flared in Lebanon, as protesters clash with police 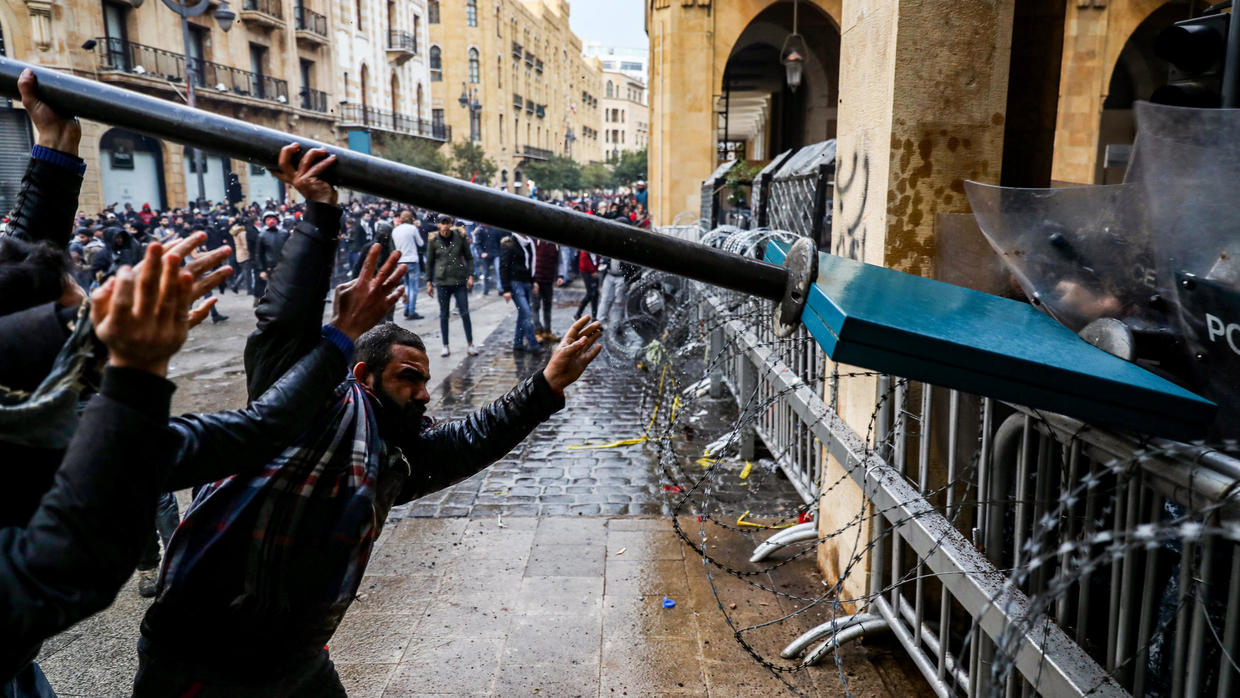 The protest movement rocking Lebanon since October 17 has revived this week, over delays in forming a new cabinet to address the country’s growing economic crisis.

No progress appears to have been made towards a final lineup, which protesters demand be comprised of independent experts and exclude all traditional political parties.

On Saturday afternoon, demonstrators set out from various spots in Beirut in a march towards the city centre under the slogan “We won’t pay the price”.

But before they all converged near the road leading to parliament, dozens of protesters flung rocks and plant pots filled with earth at the police guarding the institution, local television channels showed.

“A direct and violent confrontation is taking place with anti-riot police at one of the entrances to parliament,” the Internal Security Forces said on Twitter.

“We ask peaceful protesters to keep away from the site of the rioting for their safety.”

He also saw around 10 people faint from the tear gas.

A female protester named Maya, 23, said she was attending the protest because politicians still seemed to be ignoring demands for an overhaul of the old political class.

“I’m here because after more than 90 days in the streets, they’re still squabbling over their shares in government… It’s as if they didn’t see our movement,” she told AFP.

“Popular anger is the solution,” the young protester said.

Forming a new cabinet is often convoluted in Lebanon, where a complex system seeks to maintain balance between the country’s many political parties and religious confessions.

But protesters say they want to scrap the old system, and demand only impartial technocrats staff a new government to address their growing economic woes, including a severe liquidity crisis.

The last government stepped down under pressure from the street on October 29, but has remained in a caretaker capacity until a new cabinet takes shape.

The World Bank has warned that the poverty rate in Lebanon could rise from a third to a half if the political crisis is not remedied fast.