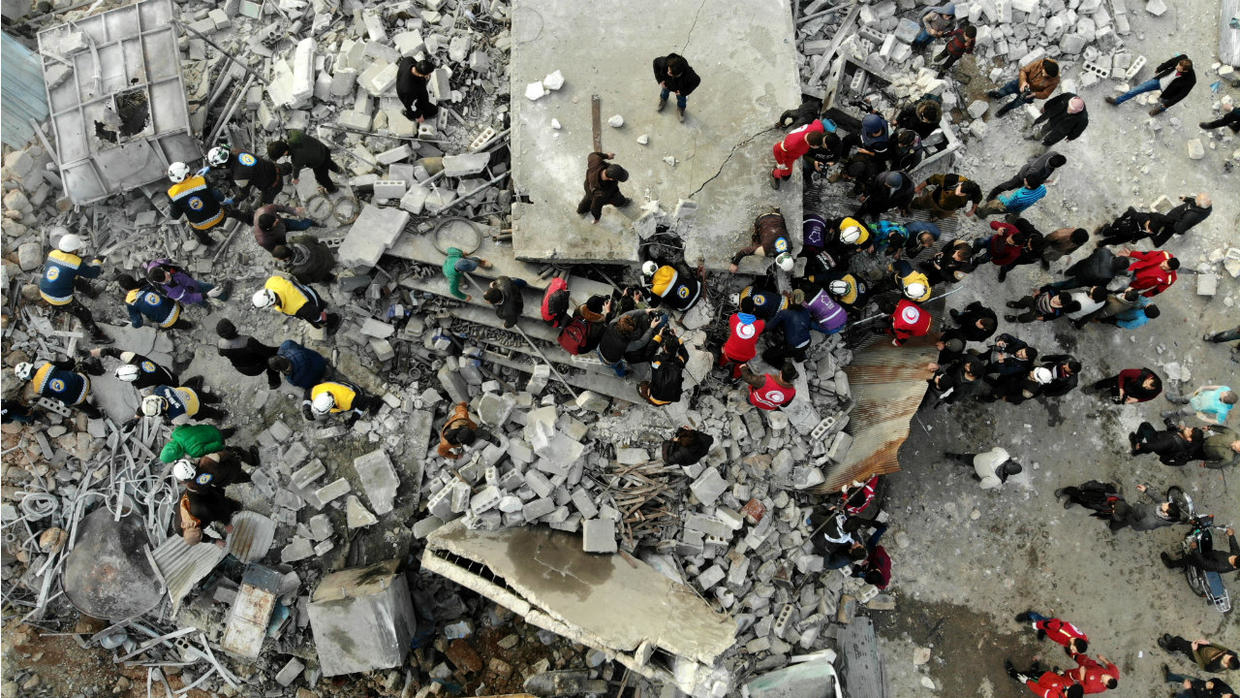 A drone picture taken on January 15, 2020, shows members of the Syrian Civil Defence, also known as the White Helmets, searching through rubble at the site of a regime airstrike on Syria’s last major opposition bastion of Idlib. © Omar Haj Kadour, AFP
Share:

The violence, which saw air strikes, shelling and ground combat, further buried a ceasefire announced by Russia on Sunday in Idlib, the last major opposition bastion in the country.

Government and allied forces took two villages in their advance towards the key town of Maaret al-Numan, the Syrian Observatory for Human Rights said.

According to the Britain-based war monitor, the fighting flared late on Wednesday in areas south of Maaret al-Numan, the key target of the Syrian government’s latest military offensive.

At least 22 anti-government fighters were killed, most of them members of Hayat Tahrir al-Sham, a group that includes fighters from the former Al-Qaeda affiliate in Syria.

Seventeen government troops and allied militia were also killed in the fighting, said Rami Abdel Rahman, the head of the Observatory.

He added that government forces were now just seven kilometres (less than five miles) from Maaret al-Numan, a town that was one of the bastions of the uprising against President Bashar al-Assad’s rule.

Nearly nine years into the conflict, protests against the government are still held in some of the province’s towns.

In the city of Idlib itself, 18 civilians were killed in air strikes on Wednesday, shattering the truce brokered by Moscow and rebel backer Ankara.

The fighting has prompted hundreds of thousands of civilians to flee their homes in recent weeks, exposing them to a harsh winter.