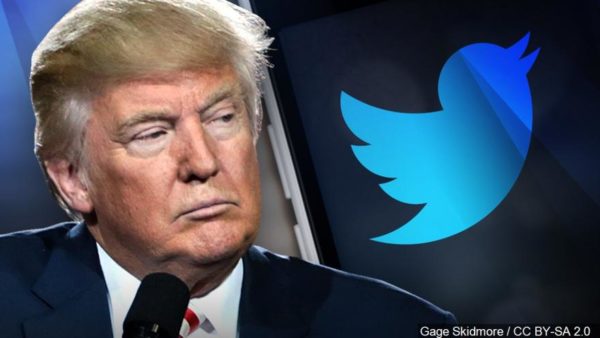 President Trump took to Twitter late Saturday to offer a message of solidarity with Iranian anti-government protesters—and he did it in Farsi. Usually known for his erratic capitalization and spelling mistakes on Twitter, the president made waves with the tweet, which was addressed to the “long-suffering people of Iran” and came after protests erupted in Tehran following Iran’s admissionthat it mistakenly shot down a Ukrainian passenger plane and killed all 176 people on board.

“I’ve stood with you since the beginning of my Presidency, and my Administration will continue to stand with you,” Trump said. “We are following your protests closely, and are inspired by your courage.”

Trump sent out two Farsi-language tweets on the protests, both accompanied by their English translations. In addition to expressing support for the protesters, the president also called on Iran to allow “human rights groups to monitor” the demonstrations and warned against “another massacre of peaceful protesters.”

The tweets come after protests erupted Saturday in Tehran, with thousands taking to the streets to demand government officials and even the Supreme Leader step down over the downed plane.

Iran’s armed forces announced early Saturday that its military had accidentally shot down Ukrainian International Airlines Flight 752 after it was mistaken for a “hostile target” when it went towards a “sensitive military center” of the Revolutionary Guard. The plane was shot down amid heightened tensions between Washington and Tehran, and just hours after Iranian forces fired missiles at Iraqi bases housing U.S. troops in retaliation for the American airstrike that killed top Iranian general Qassem Soleimani.

Iranian Foreign Minister Javad Zarif said in a tweet that “human error at time of crisis caused by U.S. adventurism led to disaster,” according to an internal investigation by the Armed Forces.

Trump did not immediately respond to the thinly veiled jab by Zarif, and he spent much of the day on Saturday tweeting about his approval rating, his border wall, and the shortcomings of his political opponents before chiming in on the growing protests in Tehran.

His stern tone and Farsi-language tweets seemed a far cry from his warning to Iran just a week ago that the U.S. was ready to strike 52 sites in the country—including those “important to Iranian culture”—if any American assets were damaged or harmed.

Many on social media also questioned the sincerity of Trump’s tweets, noting that he had banned all Iranians from entering the United States during the first month of his presidency as part of an executive order widely known as the “Muslim ban.”

The Trump administration later updated the order to allow Iranians with student visas or cultural exchange visas into the country, but the Associated Press reported yesterday that the White House is currently considering an expansion of the ban.