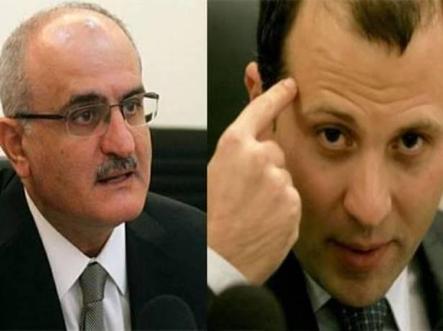 BEIRUT: Lebanon has lost its voting rights at the UN General Assembly after failing to pay financial dues for two consecutive years. The news came as a shock to the Lebanese and some described it as “scandalous.”

Lebanon is in a political paralysis preventing the formation of a government, after Hassan Diab was nominated as PM-designate three weeks ago. It faces a dire economic crisis as well, reflected everyday by disputes and fights in banks between clients and employees, due to the lack of liquidity and the rise in the dollar’s price in the black market. Some hospitals in Beirut have even started turning patients away in the absence of medical equipment.

Lebanon’s failure to pay its dues seemed to be a combination of many issues. Former Lebanese Minister Ashraf Rifi considered the news as “a new scandal that can be added to the record of corruption and failures.”

MP Chamel Roukoz said: “We failed to pay our financial dues to the UN while public funds are being stolen and wasted daily. It is a shame to see the image of Lebanon, the country of leadership, sovereignty and glory being distorted this way.”

Three weeks after his nomination Hassan Diab broke his silence and issued a statement on Friday night stating “he will not allow the government formation to become a battlefield.”

“No matter how much pressure is exerted, I will not change my convictions and will not be intimidated,” he said. Diab also reiterated his commitment to “the standards he had adopted for the government formation.” He said: “I will carry out my duty and I will form a small Cabinet of specialists to protect the Lebanese amid these difficult circumstances and save the country.”

MP Yassin Jaber, a member of Berri’s parliamentary bloc, said: “What is currently happening is very shocking. The country has been facing a political vacuum since Oct 29 (the day Saad Hariri resigned) and caretaker ministers have not been performing their duties to improve the situation.”

“It all started with Gebran Bassil. It took two years and a half to elect a president and nine months to form a government. Today, our country is on the verge of collapsing and Bassil is still opposing to names of candidates who are not used to say ‘yes’ to everything,” he said.

Jaber insisted on the country’s need “for a technopolitical government, because an ill person needs a doctor with expertise to get better and not a fresh medical graduate”.

Salim Jreissaty, minister of state for presidential affairs in the caretaker government, defended the president’s competence and said, “the president is not a mailman nor a ballot box in the nomination process.”

Three major political parties have refused to participate in the government: The Future Movement, the Progressive Socialist Party and the Lebanese Forces Party, and have insisted on a government of experts to save the country for the economic crisis.

The protests that started on Oct. 17 have receded during the past few weeks, as protesters have been awaiting the new government. However, activists have kept their movement alive through well-targeted gatherings and marches. A march was organized on Saturday toward the headquarters of EDL in Beirut, to protest against corruption and waste in this institution, and toward the Banking Association to protest against financial policies and toward the parliament.