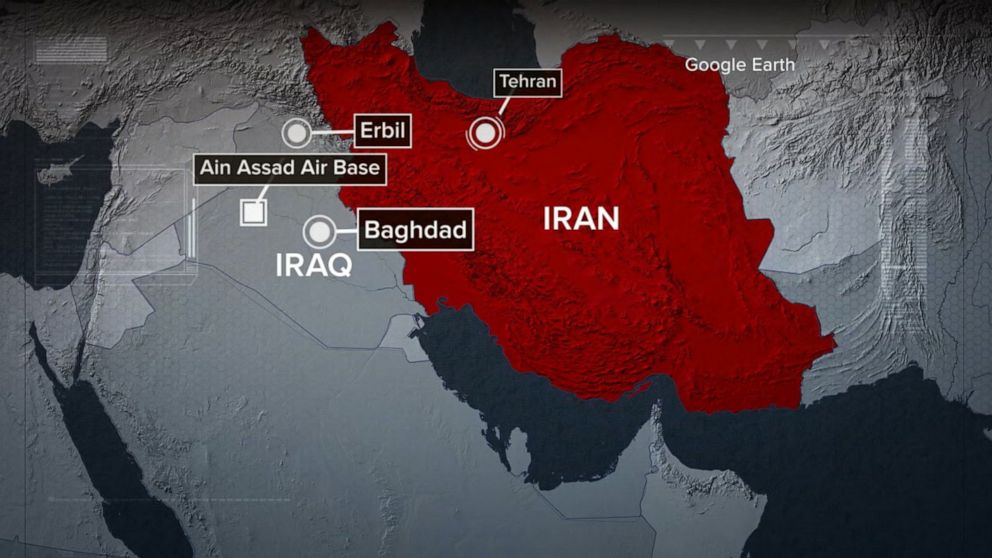 Investors digesting news of the conflict will likely gravitate to so-called safe sectors of the economy such as consumer staples and gold mining stocks, trying to inoculate portfolios from rising geopolitical tensions.

“We are working on initial battle damage assessments,” reads a Defense Department news releaseposted online Tuesday. “In recent days and in response to Iranian threats and actions, the Department of Defense has taken all appropriate measures to safeguard our personnel and partners. These bases have been on high alert due to indications that the Iranian regime planned to attack our forces and interests in the region.”

Some Asian stock markets opened down in Wednesday morning trading, local time. Japan’s Nikkei Index was off more than 2%. Australia’s ASX 200 Index was down nearly 1%. In the U.S. Dow and S&P futures were down more than 1% while Nasdaq Composite futures were off 1.5%.

While it’s still too early to tell if conflict will escalate from here, the heightened uncertainty is likely to drive investors into perceived safe sectors of the economy. Gold is usually considered a haven in times of turmoil. And Australian gold miners were rallying Wednesday morning. Northern Star Resources (ticker: NST.Australia), for instance, was up 3.2%.

Staples are supposed to be safe. The Consumer Staples Select Sector SPDR(XLP) doesn’t reflect any fear. The ETF is off 1.3% over the past five trading sessions, worse than the overall market. That could change on Wednesday morning.

Defense companies are likely to continue to rally, but the outlook for U.S. aerospace & defense companies was already strong. Defense budgets are rising. Stock prices reflect the positive business momentum. The SPDR S&P Aerospace and Defense ETF (XAR) is up about 40% over the past year.