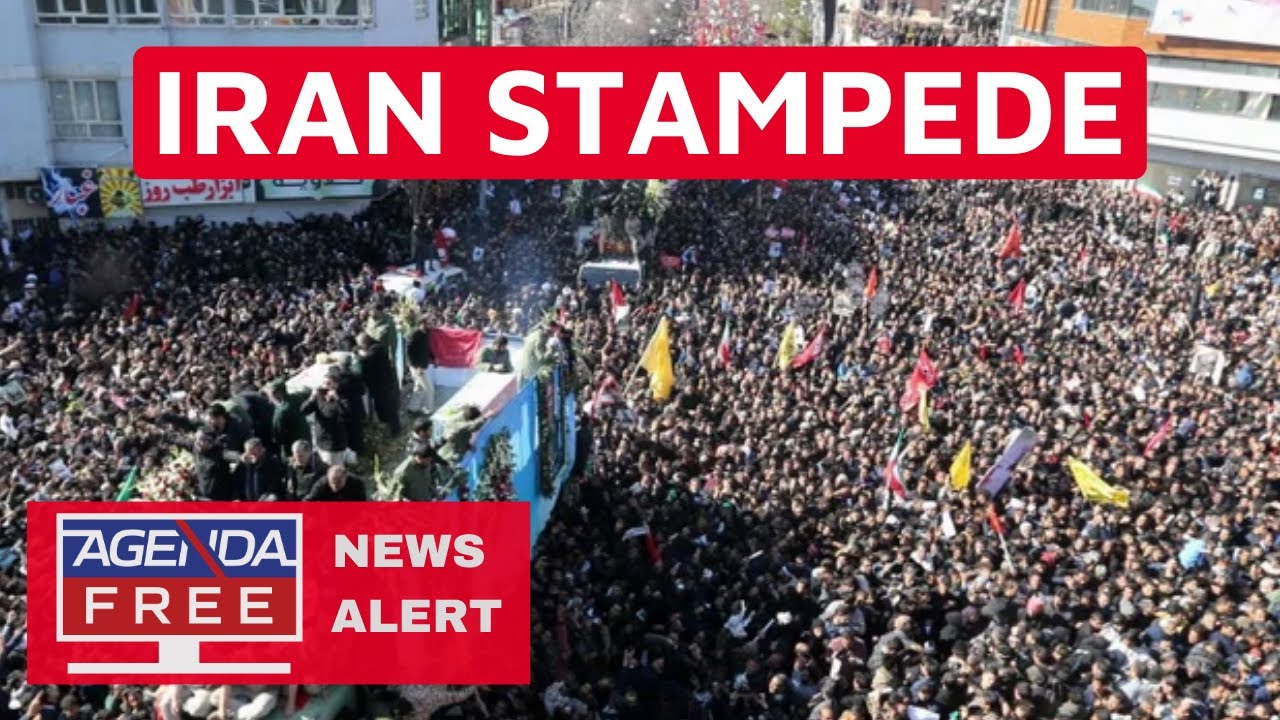 Forty people have been killed in a stampede as Iranians flocked to the burial of a top commander killed in a US drone strike, officials say.

The deaths in Qasem Soleimani’s hometown of Kerman led to the postponement of his interment. A new time will be announced later.

Millions are already estimated to have packed the streets for a series of funeral processions in Iran.

Soleimani’s killing has raised fears of a conflict between the US and Iran.

He was widely considered the second most powerful man in Iran behind Supreme Leader Ali Khamenei. The US saw him as a terrorist and a threat to American troops.

US President Donald Trump adopted a tough stance against Iran after his election, and Tehran responded with their own campaign. Tensions were raised further last month after the US attacked an Iranian-backed militia in Iraq that it blamed for attacks on US forces.

It is unclear what caused the stampede in Kerman, south-eastern Iran, but vast numbers of people had been in the streets on Tuesday morning ahead of the planned burial.

Pirhossein Koolivand, head of the country’s emergency services, told Iranian media that “213 people have been injured and 40 lost their lives because of overcrowding at the funeral procession”.

Top Iranian officials have renewed their threats of revenge.

The Guards were set up to defend Iran’s Islamic system and are a major political and military force.

Mourners chanted “death to America” and “death to Trump”, reporters there said.

At one stage the theme music to the 1970 US film Love Story was played, something BBC Monitoring say may be more for its sentimentality rather than the film being widely known in Iran.

On Monday, Ayatollah Khamenei led prayers at Soleimani’s funeral in Tehran, at one point weeping over his coffin.

Unconfirmed estimates from Iranian state television put the number who took to the streets of Iran’s capital alone as “millions”. The crowds were large enough to be seen in satellite images.

Who was Qasem Soleimani?

Soleimani was head of the Quds force, the overseas branch of the Revolutionary Guards. He was killed leaving Baghdad airport on Friday.

In his homeland, Soleimani was hailed by some as a national hero.

But he was also a hardliner and a dominant force in a state that shot dead scores of protesters at the end of 2019.

What has happened since his death?

And on Sunday,Tehran declared it would no longer abide by any of the restrictions imposed by the 2015 nuclear deal. The deal limited Iranian nuclear capacities in exchange for the lifting of economic sanctions.

In his comments, Mr Zarif said President Trump had been “misled” by Secretary of State Mike Pompeo.

“He [Pompeo] believes people were dancing in the streets of Tehran and Baghdad… Now I think that he has seen the sea of humanity in Iraq and Iran yesterday. Doesn’t he want to admit that he’s been misdirecting American foreign policy?” Mr Zarif said.

Following warnings from Iran, Mr Trump said that the US would respond in the event of retaliation for Soleimani’s death, “perhaps in a disproportionate manner”.

Trump administration officials though have contradicted the US president on his controversial threat to target Iranian cultural sites.

Such acts could be considered war crimes. Secretary of Defence Mark Esper said “we will follow the laws of armed conflict”.