Aoun promises cabinet in a week 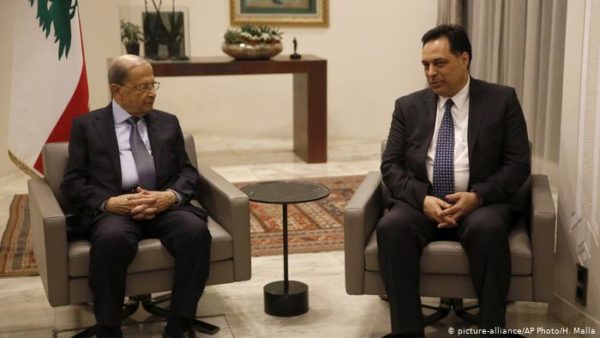 President Michel Aoun expressed hope Friday that a new government would be formed by next week, saying that it would bolster both “internal and external confidence.”

Aoun took to Twitter to assert that the government would go a long way in dealing with the current financial crisis gripping Lebanon.

“I hope that the government will see the light next week,” Aoun tweeted.

Aoun also vowed to implement the Mckinsey plan, which was released last year in a bid to revamp Lebanon’s ailing economic model.

“Work is underway to form the government of new faces of experts to deal with the current situation and respond to the attitudes and aspirations of the Lebanese,” the president said.

Ever since he assumed office, Prime Minister-designate Hassan Diab has pledged to follow through on protestor’s demands to form a Cabinet made up of specialized individuals not belonging to any political party.

Diab, however, was nominated by Aoun’s Free Patriotic Movement, Hezbollah and the Amal Movement, casting doubt on any Cabinet’s true independence.