Reactions to the killing of Iranian general in a U.S. air strike 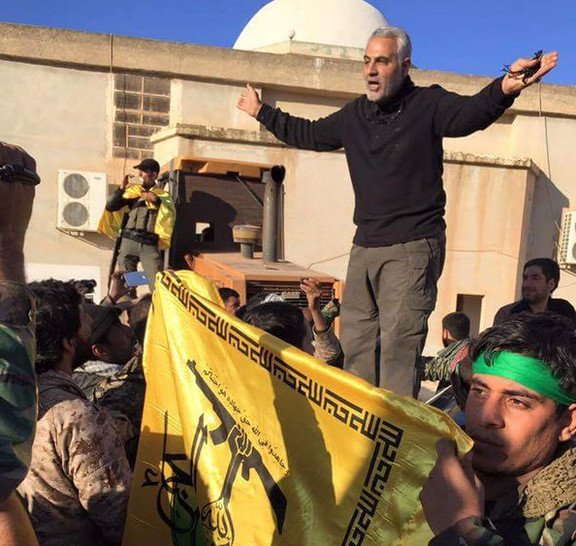 Iran’s Gen. Qassem Soleimani who heads up all the Shiite militias outside Iran, the Quds Force is shown with Iranian backed Hezbollah militia of Iraq
Share:

Here are some reactions to the killing of Iranian Major-General Qassem Soleimani, head of the elite Quds Force, in a U.S. air strike on his convoy at Baghdad airport.

Zarif said the assassination of Soleimani was “an extremely dangerous and foolish escalation.”

“The U.S. bears responsibility for all consequences of its rogue adventurism,” he said in a post on Twitter.

Murphy, a Democrat, said while Soleimani was “an enemy of the United States,” the killing could put more Americans at risk.

“One reason we don’t generally (assassinate) foreign political officials is the belief that such action will get more, not less, Americans killed,” Murphy said on Twitter.

“That should be our real, pressing and grave worry tonight.”

“Qassem Soleimani was an arch terrorist with American blood on his hands,” Haley said on Twitter. “His demise should be applauded by all who seek peace and justice. “Proud of President Trump for doing the strong and right thing.”

“He joined his martyred brothers, but we will take vigorous revenge on America,” Rezaei, who is now the secretary of a powerful state body, said in a post on Twitter.