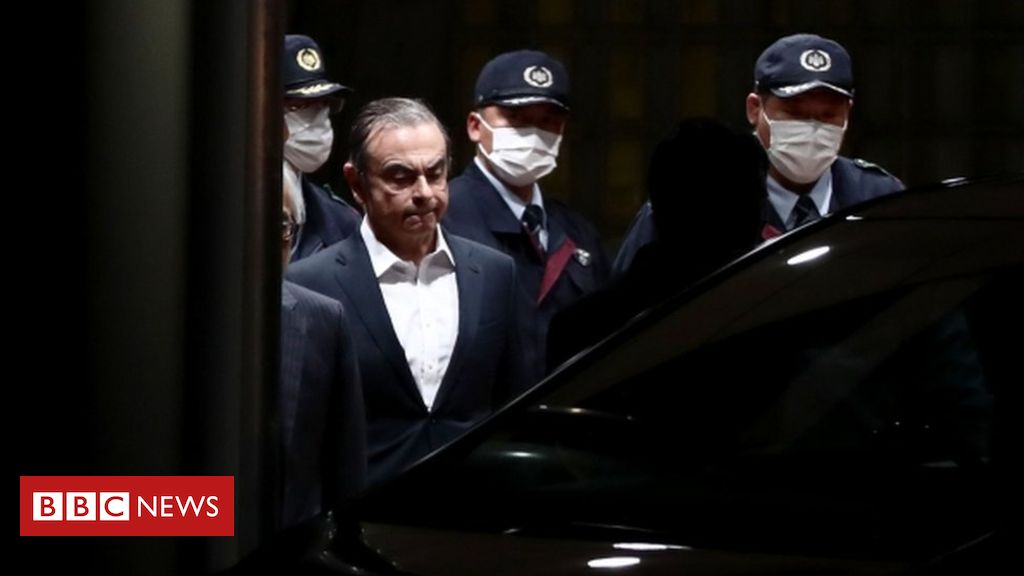 Carlos Ghosn was released on bail in April 2019 and reportedly spent months planning his escape
Share:

The Lebanese presidency on Thursday denied reports that President Michel Aoun had welcomed former Nissan boss Carlos Ghosn upon his arrival in the country.

The French-Lebanese tycoon, who had been under house arrest in Japan over several counts of financial misconduct, escaped in mysterious circumstances and arrived in Beirut on Monday.

Several media outlets reported that he had been greeted by Aoun but a senior presidency official denied the two men had met.

Ghosn flew in from Istanbul on a private jet and has since been reunited with friends and family.

Ghosn said he would speak to the media next week. One of his lawyers in Lebanon, Carlos Abou Jaoude, said a date for the press conference had yet to be determined.

He entered Lebanon on a French passport, according to airport documents seen by AFP.

The public Japanese broadcaster NHK reported that the court in Tokyo had allowed Ghosn to keep a second French passport so long as it were kept “in a locked case” with the key held by his lawyers.

One claim in the Lebanese media is that the auto mogul, who holds Lebanese, French and Brazilian nationalities, was sprung from his Tokyo residence in a musical instrument case — a story a source in his entourage denied.

How Ghosn was able to jump bail has led to a Japanese investigation into what is seen as an embarrassing security lapse.

Ghosn stands accused of deferring part of his salary until after his retirement and concealing this from shareholders, as well as syphoning off millions in Nissan cash for his own purposes.

Ghosn has repeatedly denied all charges against him, and said that he fled to Lebanon to escape a “rigged” Japanese justice system.

Some Lebanese see Ghosn as a symbol of their country’s fabled entrepreneurial genius and a proud representative of its vast diaspora.

The mood has changed since his November 2018 arrest, however, and, weeks into an unprecedented wave of protests against corruption and nepotism, activists saw his return as another manifestation of privilege and impunity for the super-rich.