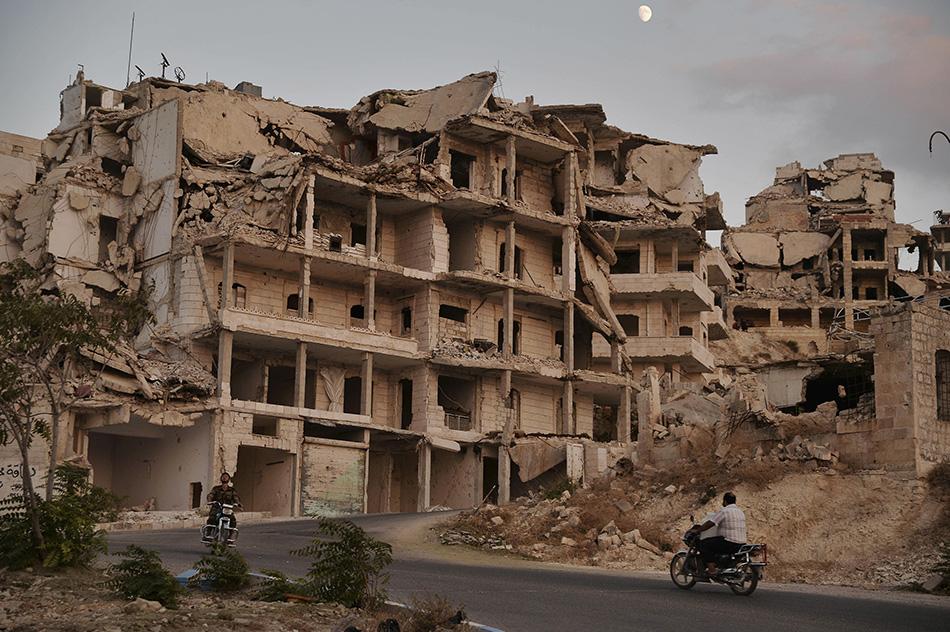 At least eight people, including five children, were killed Tuesday in Russian airstrikes on a school in northwest Syria sheltering displaced civilians, according to a war monitor.

The strikes targeted the village of Jubass near the town of Saraqeb in southern Idlib province, killing civilians sheltering in and near a school, the Syrian Observatory for Human Rights said.

Syrian forces launched a wide ground offensive last week in the northwest, after weeks of bombardment that displaced tens of the thousands of people in Idlib province, the country’s last rebel stronghold. Opposition activists say more than 40 villages and hamlets are now under government control in southern parts of Idlib.

They are now less than four kilometers (two miles) from the strategic city of Maaret al-Numan, AFP quoted head of the Britain-based monitor Rami Abdel Rahman as saying.

The UN estimates that some 60,000 people have fled from the area, heading south, after the bombings intensified earlier this month. Thousands more have fled further north toward the Turkish border in recent days.

On Tuesday, militant fighters and rebels managed to retake Talmanes and an adjacent village, said the Observatory, which relies on a network of sources across Syria.

Idlib is dominated by the country’s former Al-Qaeda affiliate, Hayat Tahrir al-Sham. The region hosts some three million people including many displaced by years of violence in other parts of Syria. The United Nations has warned of the growing risk of a humanitarian catastrophe along the Turkish border.

The Damascus regime, which now controls 70 percent of Syria, has repeatedly vowed to take back the area.

Backed by Moscow, Damascus launched a blistering offensive against Idlib in April, killing around 1,000 civilians and displacing more than 400,000 people.

Despite a ceasefire announced in August, the bombardment has continued, killing hundreds of civilians and fighters.

Syria’s war has killed over 500,000 people and displaced millions since beginning in 2011 with the brutal repression of anti-government protests.