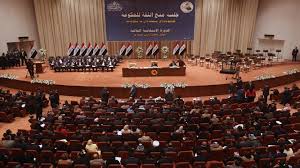 Iraq’s parliament approved on Tuesday a new electoral law, a key demand of protesters to make elections fairer, but political deadlock is still holding up the selection of an interim prime minister.

The new election law passed by parliament will allow voters to elect individual lawmakers instead of choosing from party lists, and have each member of parliament represent a specific electoral district instead of groups of legislators representing entire provinces.

Protesters have demand not just a new electoral law, but also the removal of the entire political class and an independent prime minister with no party affiliation.