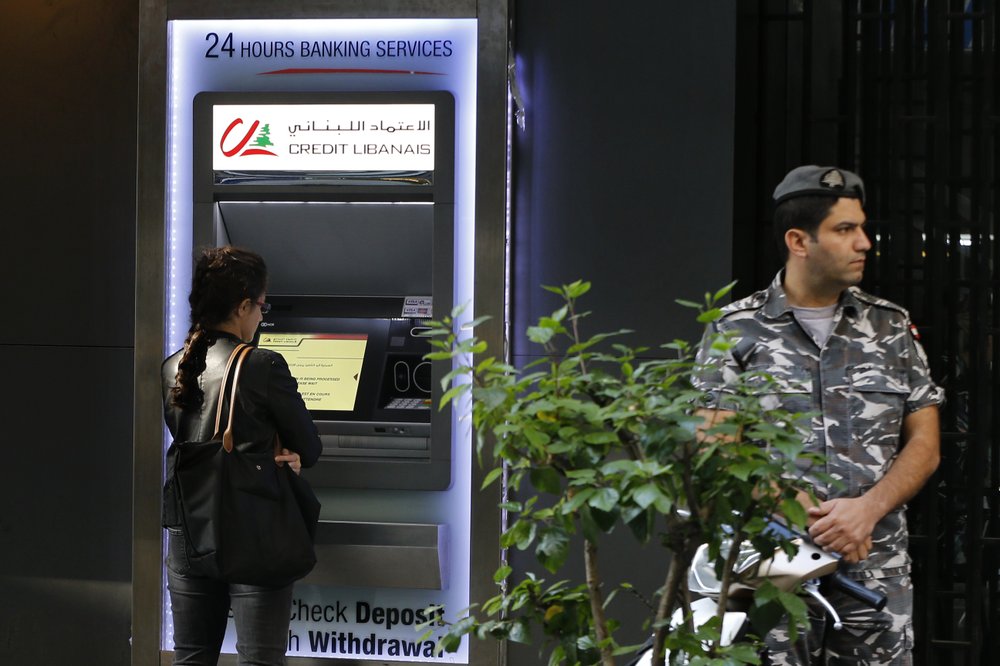 The other major development will be banks offering their clients some of their repossessed or distressed properties in return for giving up their claim on their deposits.

The title of this article must surprise a lot of people who were more used to me predicting the collapse of the real estate bubble, such as in my AUB Lecture last year in which I called real estate “The Second Biggest Scam in the History of Lebanon.” People, then, were wondering what the biggest scam was, which I avoided answering. But now they know. Finally, right when they became convinced of my thesis about real estate, here I come making a U-turn.

But today, things have changed drastically. It’s pretty clear (or will be, soon enough) that the majority of deposits in banks are simply computer entries with nothing behind them, and that there’s, at best, one “real” dollar for every three “Lebanese dollars” (which I’ve been calling Monopoly money or “Lollar”). A Lollar (© 2019, All Rights Reserved) is the unit of currency in any bank account in Lebanon denominated in US dollars. The value of accounts in Lollars was generated through fake interest, with no legitimate investment on the other side that generates real cashflow backing them. Anyone who withdrew money from a bank in the good old days (a few short months ago) was effectively withdrawing someone else’s principal, just like a typical Ponzi Scheme. I’ve posited in previous articles that the only solution to this problem is to execute a surgical procedure equalizing real dollars and Lollars. This is what I’ve referred to as a haircut, which can have many different forms, but they’re all equivalent. In my next article, I will go through these different forms.

People who have come to this realization (as opposed to the ones still in denial), are trying to escape before the haircut axe drops. Some lucky ones have applied Wasta to get out. Those less lucky are selling their Monopoly money accounts for up to a 30% discount for cash or money outside the country, betting that a 30% loss now is better than a 50% (or more) loss later. This means that, effectively, a (real) US dollar now buys 1.42 Lollars, a phenomenon that was described in this article from last summer.

Others are using the few legal loopholes remaining (before they’re closed) to try to minimize their losses.

The rest are looking at real estate, the last refuge in our Lebanese psyche.

But why would a guy sell a tangible asset for Monopoly money? This would only happen if the owner were in debt (or with other liabilities), because Monopoly money can be used to pay off a Monopoly loan. A (rational) person with no debt would never sell real estate except for physical cash or funds paid outside the country. Of course, a person who believes in fairy tales, such as the selection of a new government, can somehow save the day, and that the current measures are temporary, might also accept Monopoly money.

So let’s now analyze the new supply-demand distribution in this new paradigm.

The demand for real estate comes from anyone with an account in a Lebanese bank, which totals close to $180 billion. The supply is anyone who’s in debt and owns real estate. According to an IMF report from a couple of years ago, lending to the private sector totals almost $60 billion, over one third of which is directly tied to real estate (mortgages, Iskan, and developer loans). However, according to this same report, more than 90% is collateralized by real estate (meaning a person who took a loan for a business, or his own purposes, with a lien on one of his properties). In other words, the potential supply of real estate is slightly more than $50 billion. That means that demand outstrips supply by a three to one ratio. And that, ladies and gentlemen, is why you’ll see a major spike in real estate prices. However, this spike will be for sales priced in Lollars or Monopoly money. If you pay cash (Benjamin Franklins), or in an account outside Lebanon, prices will continue to drop, per my original prediction, to the extent that cash (or real dollar) prices will be less than 50% of Lollar prices.

The other major development will be banks offering their clients some of their repossessed or distressed properties in return for giving up their claim on their deposits. Be careful with this, because it might be a double-whammy; first they hijacked your money, then they’re trying to solve the problem they created for you, by pawning off their junk, overpriced portfolios that they generated with the same lack of proper credit due diligence as the Ponzi Scheme that got us where we are. Thus, you’re better off carefully shopping around for your own deal.